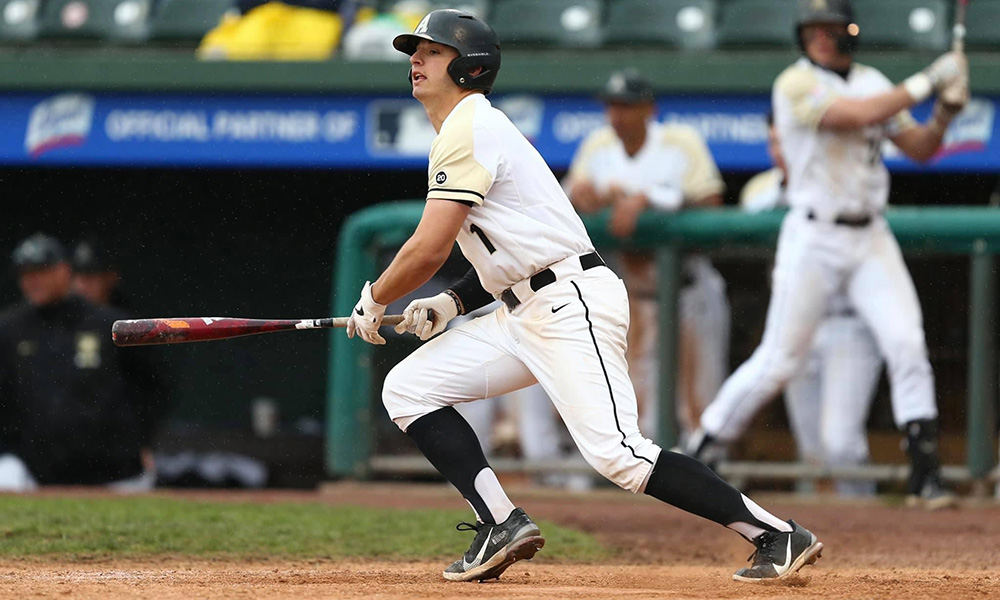 Anthony Giachin’s mind is completely on baseball and extending his college career this weekend.

Giachin remembers how Army’s last trip to Texas Tech went in the NCAA regionals. The Black Knights were quickly eliminated with losses to the Red Raiders and Florida by a combined 17 runs.

Giachin and a core group of experienced players have returned to Lubbock this weekend to prove that the Black Knights can play at a high level with the likes of No. 8 Texas Tech, UCLA and North Carolina. It starts with Texas Tech at noon Friday.

“A lot of people say Lubbock is one of the toughest places to play in the country,” said, Giachin, a third baseman and three-time Patriot League first-team selection “They have a lot of fans. They are very into the game and pulling for their team hard. I think having that experience of being there and experiencing that before is going to help us out a long way to just block that out, play our game and play baseball.

“When it comes down to it, it’s just another baseball game,  just higher stakes, more people, more excitement and electricity in the air. I think having that under our belt, we remember how it felt to play there and we remember we didn’t play our best. So, I think using that to our advantage is going to be big for us this weekend.”

“I know our seniors have worked so hard over the last four years,” Giachin said. “We’ve had success. My freshman year, we won a game (5-1 over North Carolina State) in the regional. But, I think having to get over that hump and just knowing that we can compete with these bigger schools and big-time programs. At times, we have shown that.

“I think for us, it’s just staying alive and we know we play our best when our backs are against the wall. It’s just pushing to make sure these aren’t our last career games for us seniors and these aren’t the last games of the season for the guys below us.”

Giachin, the Patriot League scholar athlete of the year, has a bright future after the NCAA tournament. Before the second lieutenant heads to flight school at Fort Rucker (Ala.), Giachin, who graduated West Point with a 3.9 grade-point average in mechanical engineering, received a scholarship to study biotechnology at the University of Cambridge in England.

“I’m extremely fortunate to get that scholarship and that the Army has allowed me to go to grad school next year, which is almost an exception in some ways,” Giachin said. “I’m very excited to get out there, continue my studies and dive into stuff I’m interested in.”