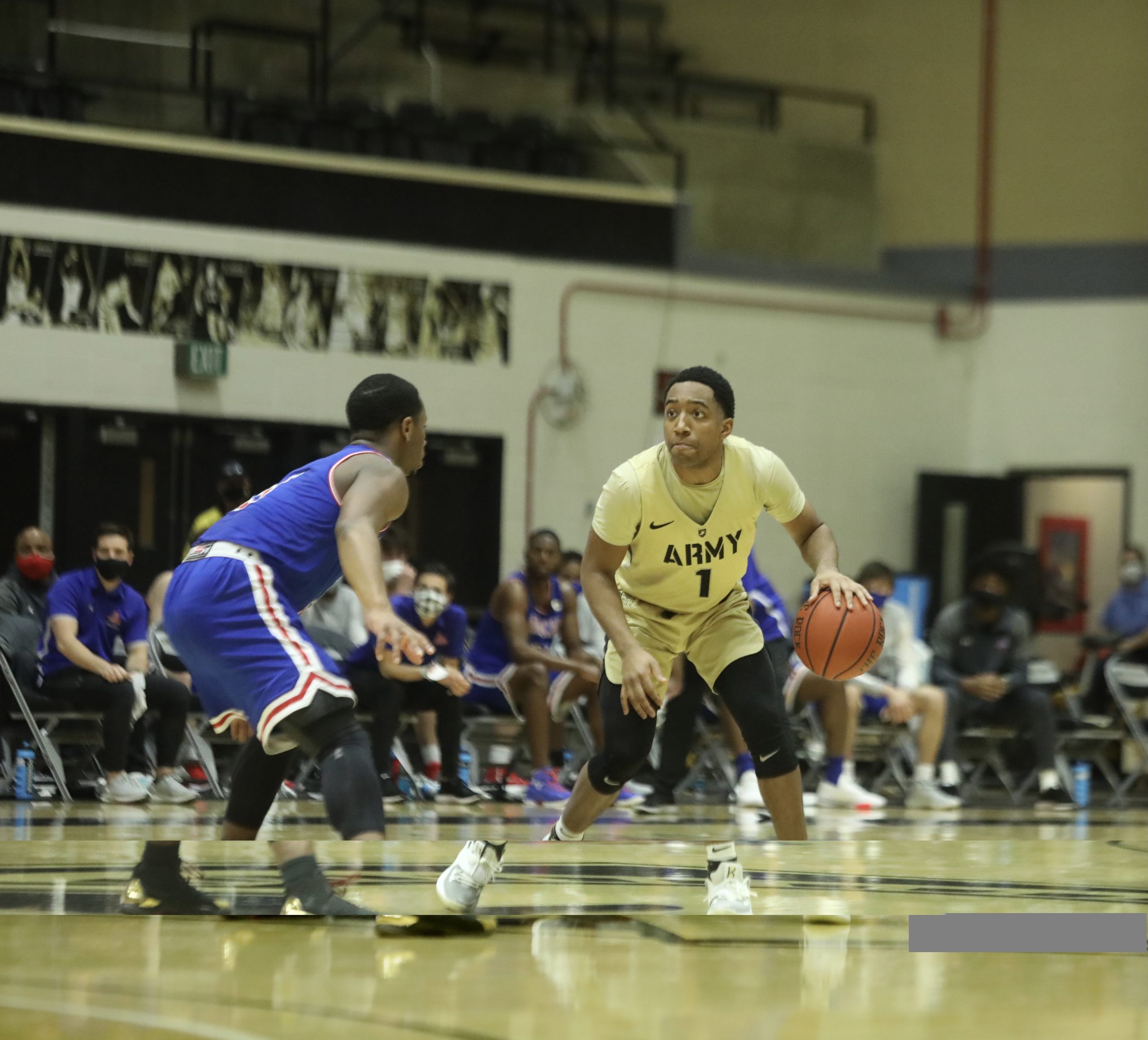 Alex King continued his hot shooting and defensive player of the year Josh Caldwell provided offensive support as Army advanced to Patriot League semifinals for the first time since 2016.

King made eight of his 11 shots from the field, finishing with 20 points and Caldwell added 17 points in the Black Knights’ 89-66 quarterfinal win over American Saturday at West Point.

Army (12-8) will host a semifinal game against No. 9 Loyola (Md.) at 5:30 p.m. Wednesday at Christl Arena. Loyola played spoiler to an anticipated third Army-Navy matchup by upsetting the top-seeded Midshipmen 76-68. Army is seeking its first berth in the Patriot League championship game.

King, who had a game-winning buzzer-beater in his last game against Boston University, netted five of the Black Knights’ first nine points as Army opened a 47-28 lead at halftime. He led four scorers in double figures with Caldwell, Nick Finke (14 points) and Jared Cross (10 points).

“Alex King has always been a matchup problem for any defense in the Patriot League,” said Lonnie Grayson, who finished with eight points.

King is five points away from 1,000 in his career. Coach Jimmy Allen brought up another statistic that helped Army advance Saturday. King grabbed eight defensive rebounds as Army held a 30-23 advantage on the glass. American had just five offensive rebounds.

“For Alex to be the force that he was on the defensive glass today, I thought that was big,” Allen said.

Army’s top four scorers combine to shoot 25-of-35 from the field. Finke was 7-of-9 and Cross made all four of his shots off the bench.