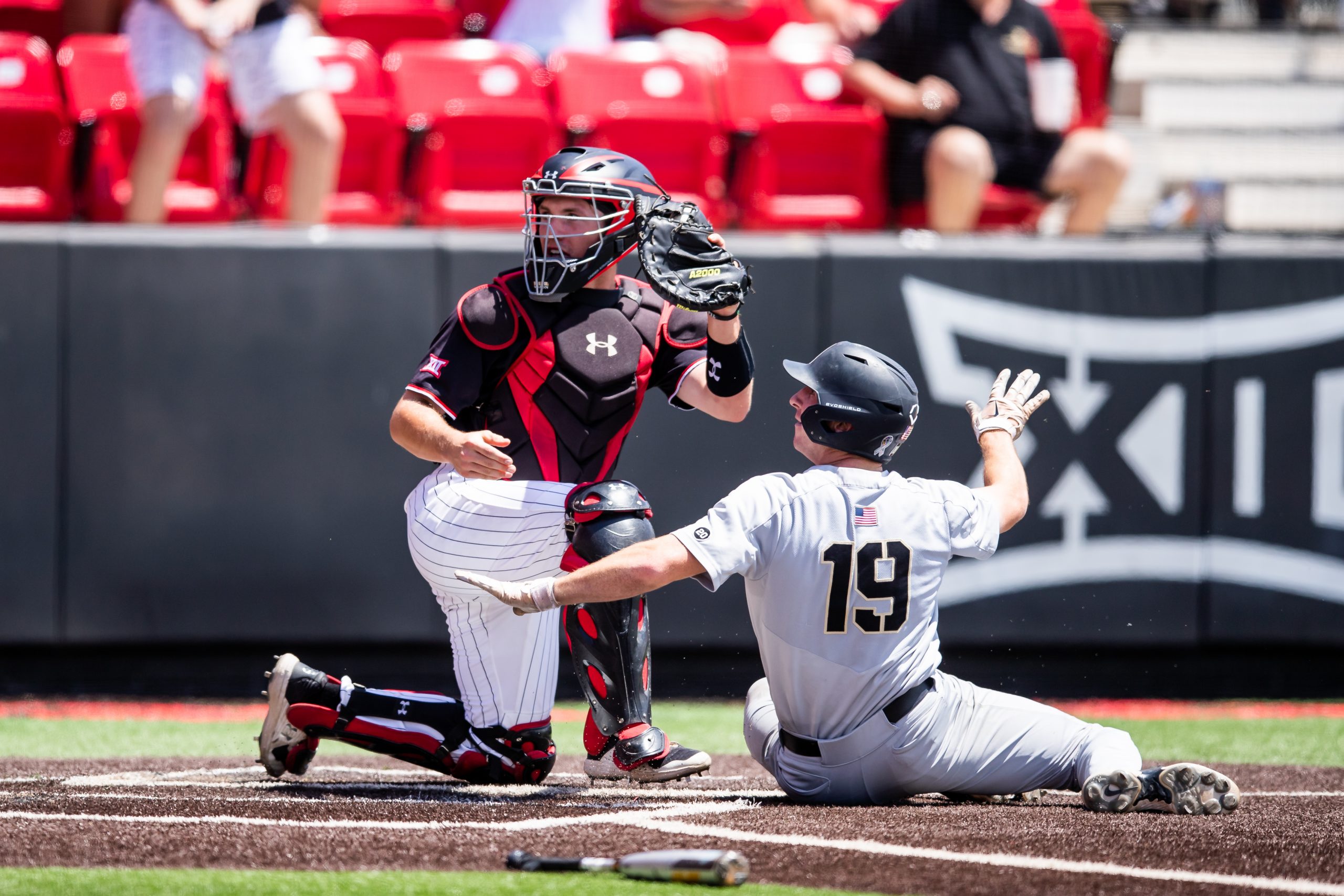 Anthony LoRicco worked his way out of trouble in the first two innings of Army’s Lubbock regional game against host Texas Tech.

LoRicco recorded a strikeout to end both innings and limit the damage to one run as Army took a 2-1 lead in the top of the third inning.

Cal Conley’s two-run, third-inning home run woke up No. 8 Texas Tech’s offense. Conley and Braxton Fulford, who were both stranded runners with strikeouts in the early stages, added solo home runs off LoRicco as Army fell 6-3 in its NCAA opener.

Texas Tech reached the 2019 College World Series with an opening win over Army in Lubbock.

Senior right fielder Jeremiah Adams had two hits, including a no-doubt, solo home run in the seventh inning, for Army (28-24).

Tim Simoes dropped a two-out bunt down the third-base line to score Kevin Debrule, who doubled, to give Army the game’s first run in the top of the first inning.

Hunter Meade’s hustle generated a run in the third inning. Meade stole second base and swiped third base on Anthony Giachin’s strikeout and scored on catcher Fulford’s throwing error.

Meade tried to turn a single and an error by right fielder Easton Murrell into a run but he was cut down at home for the second out of the fifth inning.