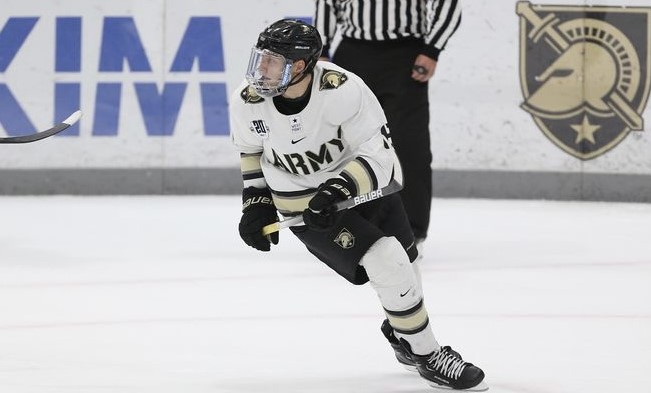 Ricky Lyle scored twice and assisted on another for the Black Knights, who are 4-0-1 in their last five conference games.

John Keranen found the back of the net in the first period from Lyle and captain Anthony Firriolo. Freshman Max Itagaki had his team-leading 12th assist. Keranen and Thomas Farrell also assisted on Lyle’s goals.

The Black Knights’ current streak coincides with a move of captain Noah Wilson from defense to forward and pairing up senior Kendrick Frost on Army’s third line. The move has opened production from Army’s top two lines.