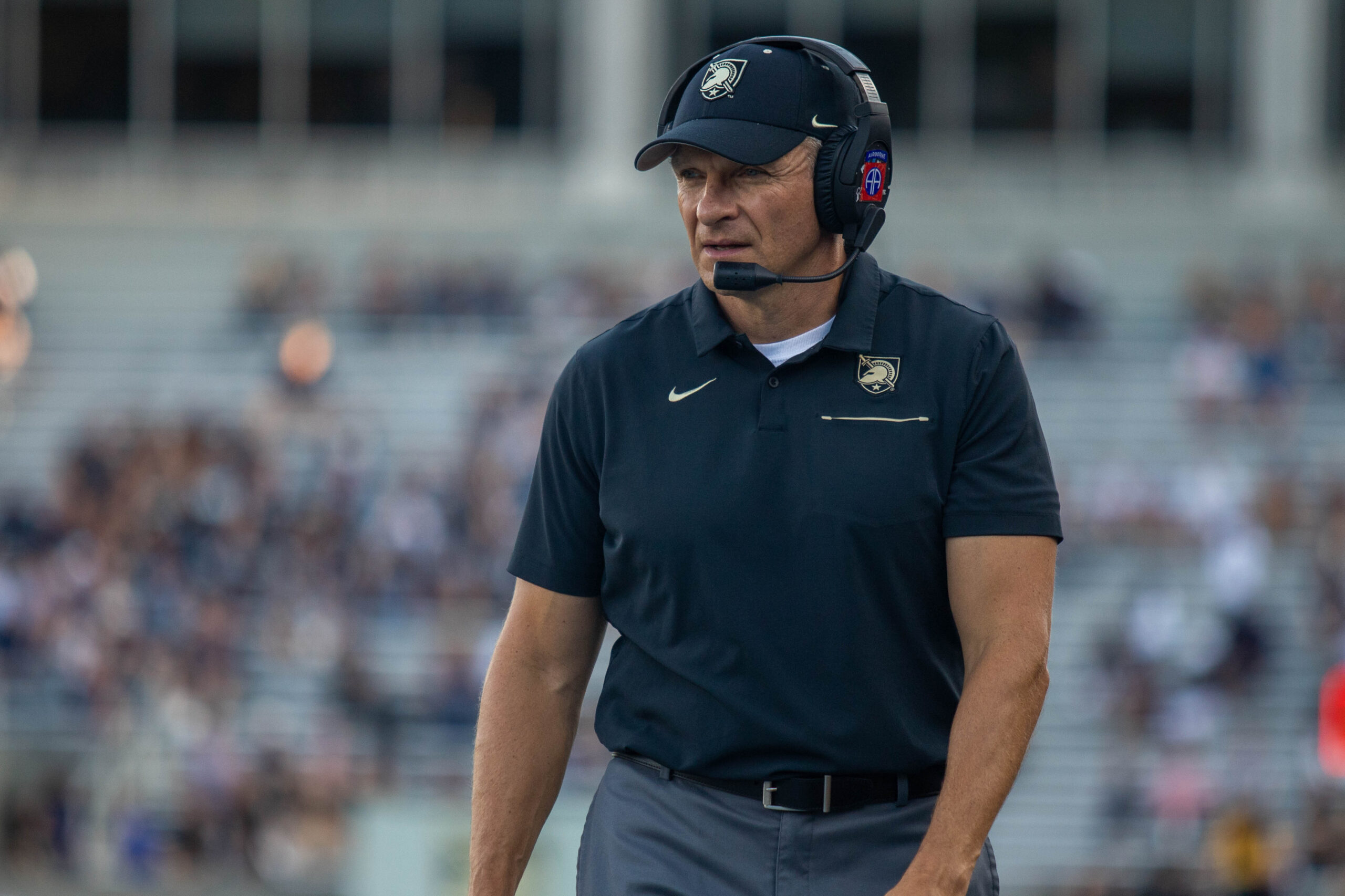 Tyler appeared to take a hit to the hip or upper leg on Army’s second drive of a 43-10 season-opening win and did not return.

“It may slow him (Tyler) down or hold him out of the game this weekend,” Monken said during his weekly Monday media briefing. “We don’t know. It’s such a fresh injury. It’s not anything that’s going to be a long-term deal, which is great.”

If Tyler can’t play Saturday, senior Christian Anderson will start at quarterback, Monken said. Anderson came in relief of Tyler, which was originally planned, to rush and throw for touchdown. Junior Jemel Jones and senior Jabari Laws, who played in the fourth quarter against Georgia State, would back up Anderson. Sophomore Cade Ballard and junior Maurice Bellan will dress Saturday and also be available, Monken said.

The significance of playing the team’s first 2021 home game on the 20th anniversary of 9/11 is not lost on Monken.

“It’s just a special day around our country with the recognition of 9/11 and being able to really honor those that served that day and ran toward the trouble,” Monken said. “We remember all of the thousands of Americans who lost their lives that day and to honor those Americans that came to aid and rescue those that were in trouble.

“It’s one of those things being at a service academy and knowing that these young men and women will run toward trouble and when they know others all in danger that will be there to serve and protect. It will be a special day.”

Monken said, “there’s a lot of things to build on,” from Georgia State victory but, “we are going to be playing a better team and much improved team in Western Kentucky.” The coach counted nine returning defensive players back from a unit that held Army to nine points in a 2019 road loss for the Black Knights.

“It’s not going to be any surprise to them seeing the option and it’s going to be a great challenge for us,” Monken said.

“We are going to have to be an improved football team from last week.”

Army’s secondary is coming off a strong game, limiting Georgia State to 129 passing yards and no passing touchdowns. Senior cornerback Julian McDuffie made eight tackles (not five listed on the final stats) when Army’s staff reviewed the game film.

Western Kentucky should be a test for Black Knights’ defensive backs. Transfer Bailey Zappe threw for seven touchdowns and 424 yards in the Hilltoppers’ opening victory against Tennessee-Martin. Zappe hooked up with junior wide receiver Jerreth Sterns seven times for 107 yards and two touchdowns in the win.

Zappe and Sterns were teammates at Houston Baptist prior to transferring to Western Kentucky.

“They are very explosive offensive football team and what they are doing with the football is a lot of fun to watch,” Monken said. “It’s not going to be much fun to defend. They have a lot of weapons, a really good offensive line and experienced players. They have skilled guys that are capable of taking the ball the distance when they get it. They are a dangerous team.”