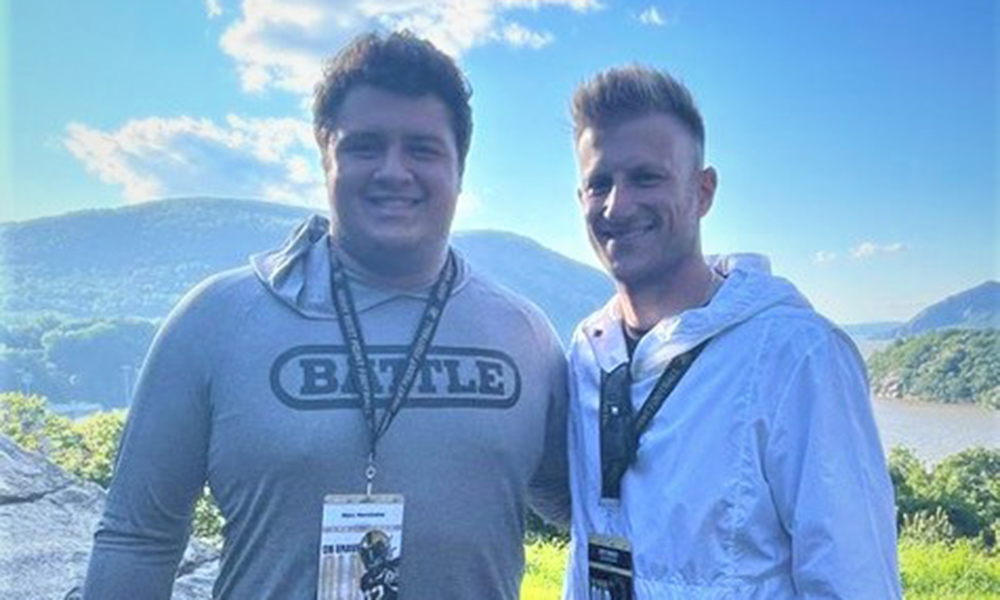 Marc Hernandez clicked with Army and recruiting coach Cody Worley from their first moment of contact in April.

Hernandez, a 6-foot-4, 315-pound defensive lineman from Bell (Texas) High School, was sold on what the football program and West Point had to offer but he wanted to experience the complete recruiting process.

Hernandez’s visits would include West Point, Air Force, Furman, Lafayette and Lehigh. One of the visits stood out.

“When I stepped foot on campus at West Point, I was blown away, Hernandez said. “I had a feeling that it was the place I needed to be.”

Hernandez announced his commitment to Army over the weekend. He officially joined Army’s 2022 class with a phone call to head coach Jeff Monken on August 9.

“The love that I felt from everyone (during recruiting) and also getting to be on the campus that many great and successful people before me were at one point, (blew me away),” Hernandez said.

Hernandez, a four-year starting defensive lineman for Bell, was also offered by Air Force but said his decision didn’t come down to two schools. He is the 12th Texas commit in Army’s 2022 class. Army is recruiting Hernandez to play nose tackle.

“I was beyond blessed to be offered by the schools I was offered to and I really wanted to weigh all of my options,” Hernandez said. “West Point, though, was just as the top of all of them. I just decided that it was the best for what I was looking for.”

“They looked aggressive and they couldn’t be stopped,” Hernandez said. “I’m just thankful for this opportunity and blessed to be committed to Army.”