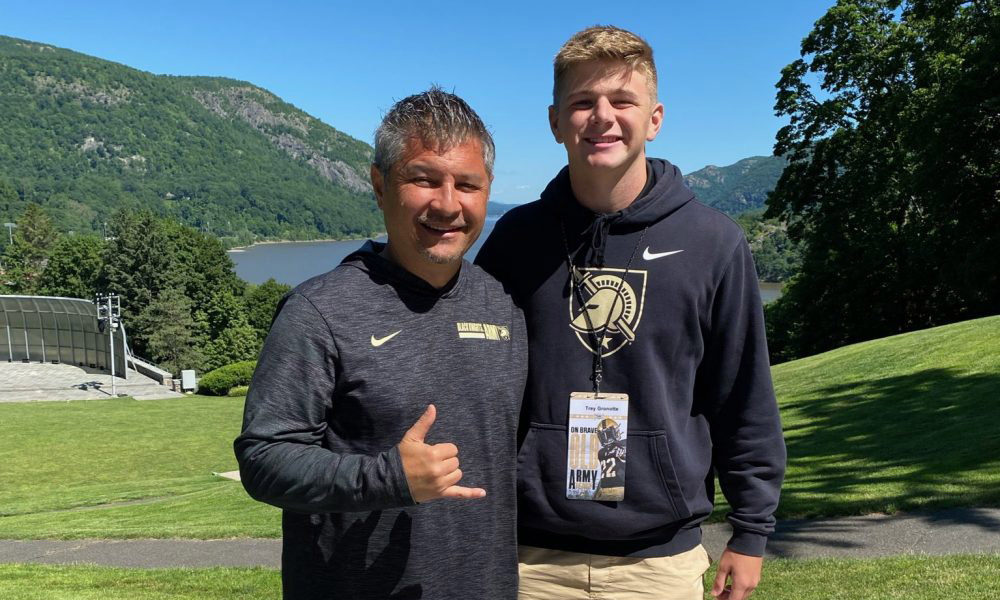 Trey Gronotte waited almost a year to visit West Point after his commitment in July 2020.

Gronotte had taken a virtual tour of the academy prior to his decision but nothing beat seeing the campus and facilities in person last week.

“It was simply amazing to get up there and be on campus,” said Gronotte, a freshman kicker from Covington Catholic (Ky.) High School. “The funny thing about the whole thing is that I told myself last year I wasn’t going to commit before getting on campus but because of COVID, visits kept getting pushed back and I realized I would be forced to make a decision before being in campus. Everyone I talked to had only positive things to say about the campus, however, so I wasn’t too extremely worried about that part of it.

“Also, the Army football coaches did a fantastic job with the virtual visit. It was the best one I did throughout my recruitment process. However, it still didn’t do the campus and the facilities justice. I was really at a loss of words when I first saw campus and first saw some of the great facilities.”

Gronotte is one of many Army football freshman that didn’t visit the academy before verbally committing and are now reporting for R-Day this weekend. The opportunities to meet Army’s staff last week reinforced Gronotte’s decision.

“The coaches weren’t any different in person,” Gronotte said. “The entire recruiting process, they were genuine and real. The players were great. They were all very welcoming as well. After the visit, I’m just that much more proud of my decision and even more excited to report this weekend.”

Gronotte and West Point’s freshman class will begin Beast Barracks, a military boot camp, upon their arrival. He is taking a positive approach to the weeks of military training ahead before preseason camp starts.

“You hear a lot of things about R-Day going in and most of which is with a negative connotation,” Gronotte said. “Honestly, I’m looking forward to it. Yeah, it might suck at times and there may be times where I wish I was back at home but I’ve always loved a challenge and I’ll always choose the harder path to better myself.

“I’ve told some of the other commits that we just have to embrace the suck and try to have some fun with it because in four weeks we will be having a lot of fun with the team getting ready for Georgia State.”

Here’s a partial list of Army football’s freshmen class that will be reporting to West Point this week (If you would like R-Day photos posted on our social media platforms or if we are missing anyone on this list, please DM on Twitter @BKKnightNation):