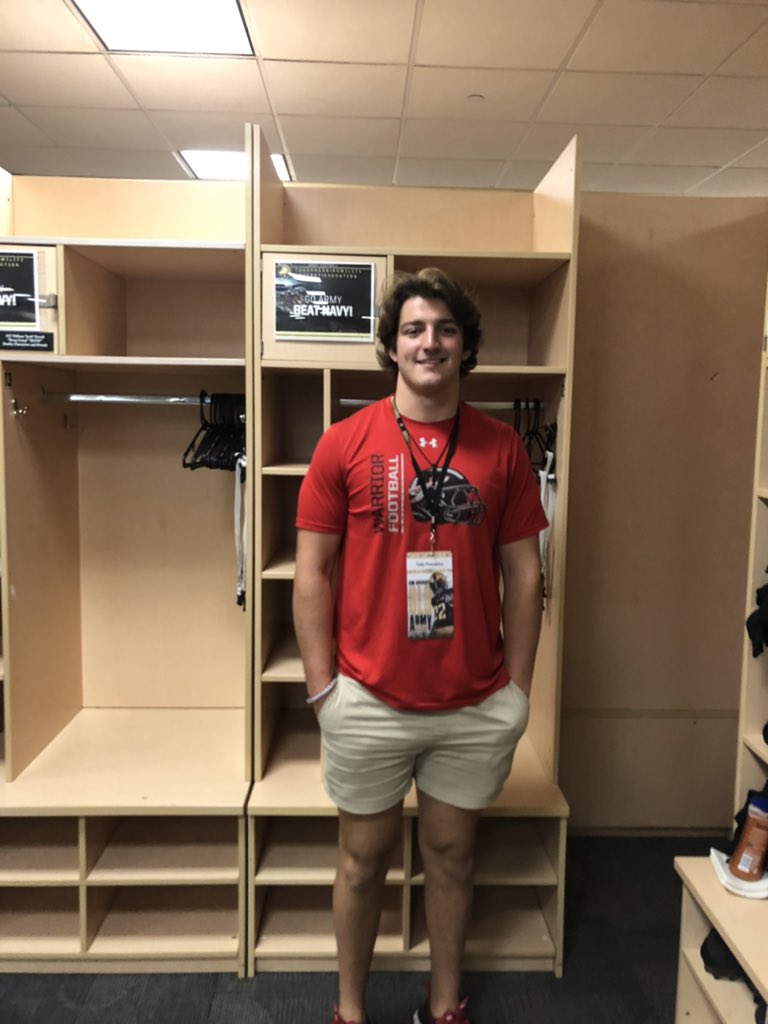 Toby Thompson started to think about a future in the military when he was 11 years old.

John Thompson spoke glowingly to his grandson about his service in the Air Force near Thailand. The younger Thompson liked the idea of a military lifestyle.

When Army started recruiting Thompson and offered in March, that idea became closer to a reality. Air Force would join the recruiting with an offer in May. The Cherokee (Ga.) tight end would visit both schools earlier this month.

When he contacted Army offensive coordinator Brent Davis with his commitment Wednesday night, Thompson felt both a sense of relief and a feeling of joy.

“(I felt like) this is what I really wanted,” said the 6-foot-4, 240-pound Thompson. “The visit to Army helped wonders. I felt like I was wanted at Army. I did as well at Air Force but Army felt right.”

Thompson made his mark on the defensive side for Cherokee his junior season. He made 97 tackles with 21 quarterback hurries and nine tackles for loss in 11 games. Thompson played very little on the offensive side last season. He’s picking back up the tight end position on a more consistent basis this season for the first time since freshman year. Looks like Thompson’s mentality will fit right in at West Point where tight ends are used as essentially an additional offensive lineman at times.

“I love to block,” Thompson said. “I love putting people on their butts while still being a threat in the throwing game.

“I’m beyond excited to start my journey and I love to play the game.”

Thompson said Army, “was the right school for me because I feel like I could make an impact on the football team while getting a great education and I’ve also always wanted to serve my country. I just felt like it was a great fit for me and my family.”