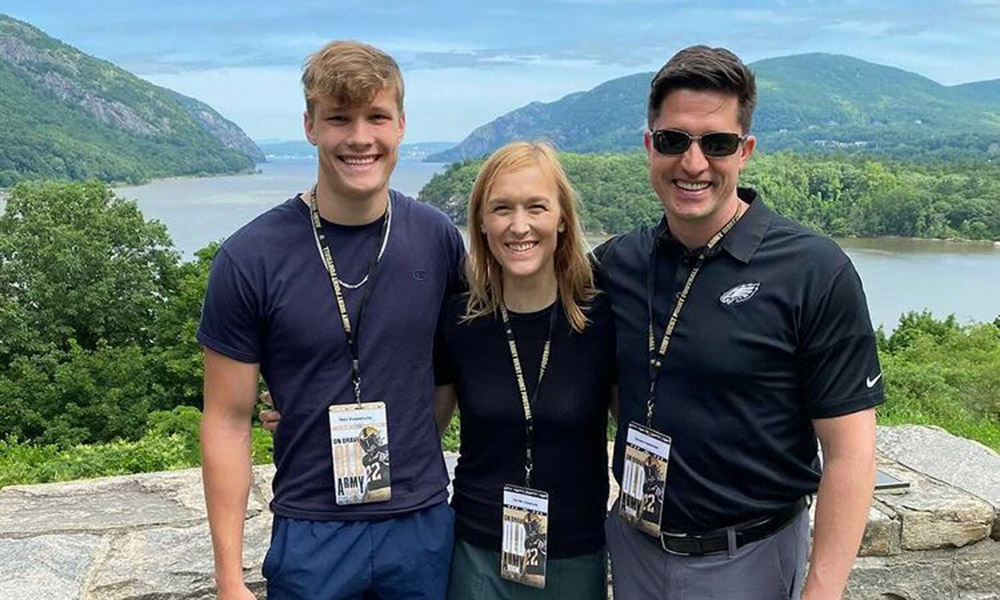 Earlier this month, Vossschulte took his first visit to West Point and, “loved that ‘Beat Navy’ was everywhere on campus.” The visit impressed the 6-foot-4, 190-pound receiver. He wasn’t expecting Army’s facilities to be equal of those at Power Five schools. Vossschulte linked up with Army senior quarterback Christian Anderson and and junior wide receiver and fellow Pennsylvanian Ryan Jackovic during his visit and felt a comfort around the coaches, players and academy.

“I really just didn’t see a school that was better than West Point,” Vossschulte said. “There are not many schools that set you up on both the academic side and athletic side of things.”

Once Vossschulte posted photos from his Army visit on social media, other schools started to reach out in recruiting. James Madison and Elon contacted him as well as Villanova, Harvard and Yale.

“The feeling of committing was a weird one,” Vossschulte said. “All of this hard work you do as an athlete marketing yourself and trying to get in the eyes of coaches just strangely stops. Your purpose shifts and a new chapter begins. And, that was a crazy feeling.”

When Vossschulte’s “new chapter” begins, he’ll be part of an offensive scheme that ran the ball on 716 of its 792 plays in 2020. Vossschulte has positive outlook of a wide receiver’s role in Army’s offense.

“I think playing on Army’s offense will be great,” Vossschulte said. “Everyone always talks about how they don’t throw the ball. But when they do throw the ball, it’s usually down the field and something the receiver can go up and compete for.

“If I were to go to a school like Penn state and be the fourth or fifth guy opposed to Army possibly getting the opportunity to be a top-tier guy, I’m getting similar amount of receptions.”