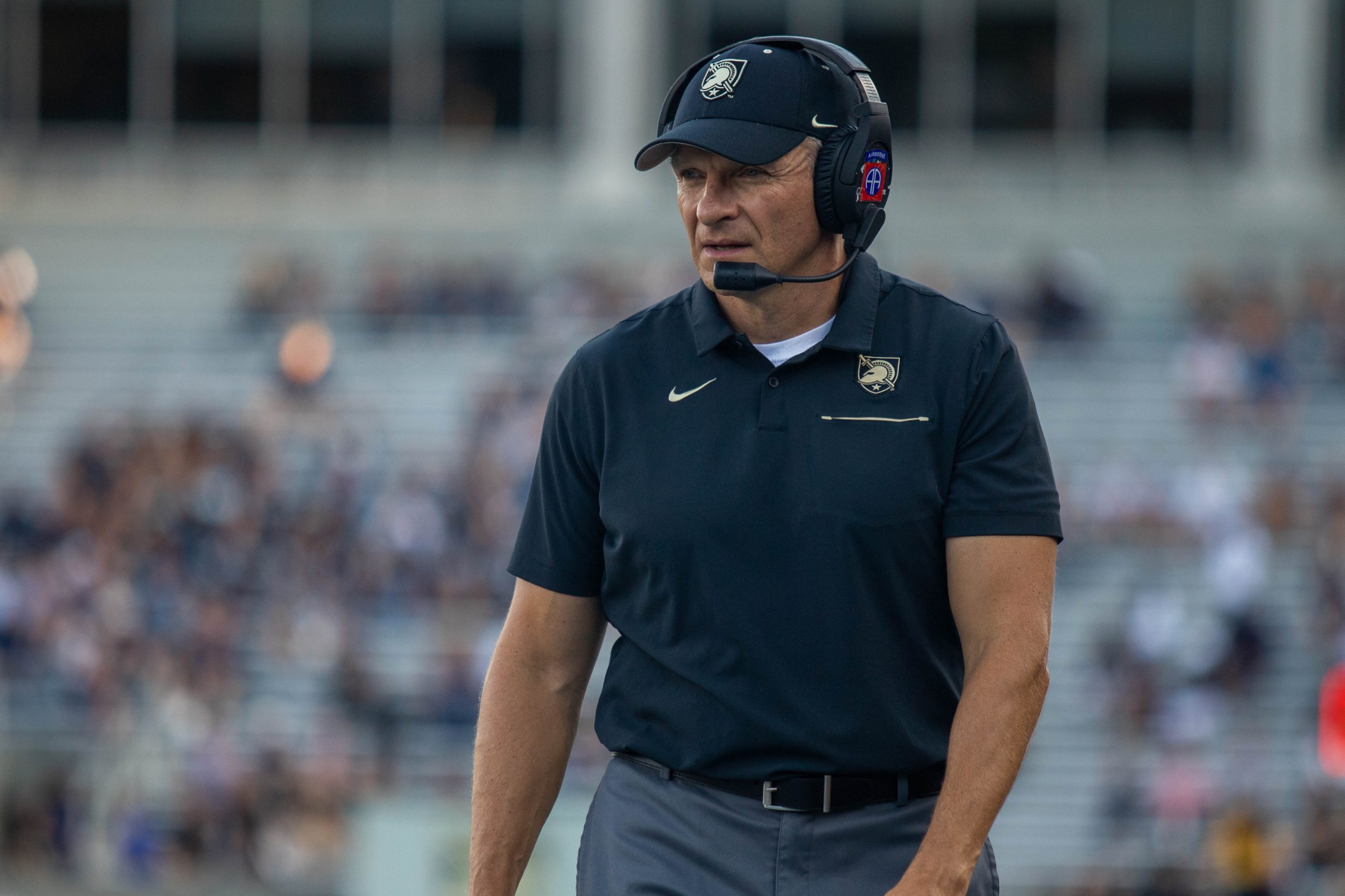 The good news for Army football flooded social media Friday morning when Kansas officially announced the hiring of Buffalo’s Lance Leipold as its next head coach at 10 a.m. EST.

Monken was reportedly one of the finalists for the opening and the buzz of Monken potentially leaving for Lawrence had Army fans refreshing Twitter throughout Thursday.

What might have been the biggest tip that Monken was remaining at West Point? Word came out yesterday from Jacob Polacheck of The Daily Kansan posted on social media that the Kansas marching band has been summoned to possibly play at off-campus even mid-afternoon or evening Friday. Army’s Black and Gold spring game is being held today.

Monken has built a winning culture in his seven seasons at West Point and etched his name as one of the best football coaches in the program’s storied history. Monken has led the Black Knights to 49 victories, three Commander in Chief’s trophies in the last four years and a school-record 11 wins in 2018.

Preparations for the 2021 season can now continue as planned as Army is primed for another successful season with an abundance of starters returning on both sides of the ball. Monken’s resume will continue to build and Power Five schools will continue to show interest.

Today, Army fans can breath a sign of relief and enjoy a great day for Army football.