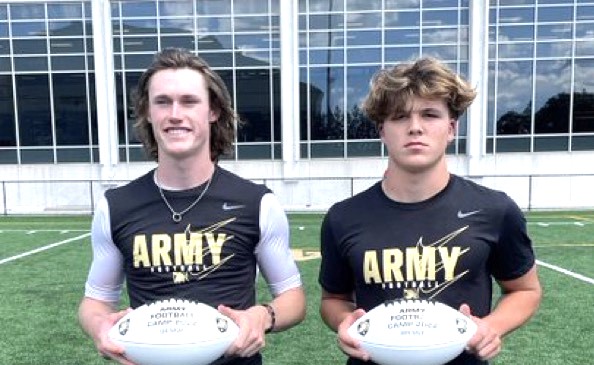 King wanted to catch the attention of Black Knights coach Jeff Monken and his staff.

King did just that, earning the camp’s Class of 2023 QB MVP award.

“It was awesome,” said the 6-foot-1, 180-pound King. “I was really surprised. There were a lot of solid quarterbacks out there and I was really honored to be picked out of all those athletes.

“My goal was to show out and attempt to showcase my athletic abilities as well as my ability to throw the ball.”

King started looking into the service academies as an option to continue his football career earlier this year. He runs a spread air-raid offense at Sachse. The offense is focused on King’s throwing as well as allowing him to get out of the pocket and make plays. What stood out for King during Army’s camp?

“I think my combination of athleticism mixed with height and the ability to move with the ball on my feet as well as throwing the ball showed my ability to compete at the college level,” King said.

King’s first visit to West Point left him with many impressions.

“The facilities were amazing!” King said. “Next level for sure and tucked away in New York, it had a feel unique to just West Point. The coaches were welcoming but down to business when the work started.”

The work continues for King as he looks to earn an offer from Army.

“Army is a school I am interested in pursuing throughout my senior year,” King said.

Here’s a list of the 2022 Army July Camp MVPs (If you received an MVP, DM @salinterdonato on Twitter to let us know)