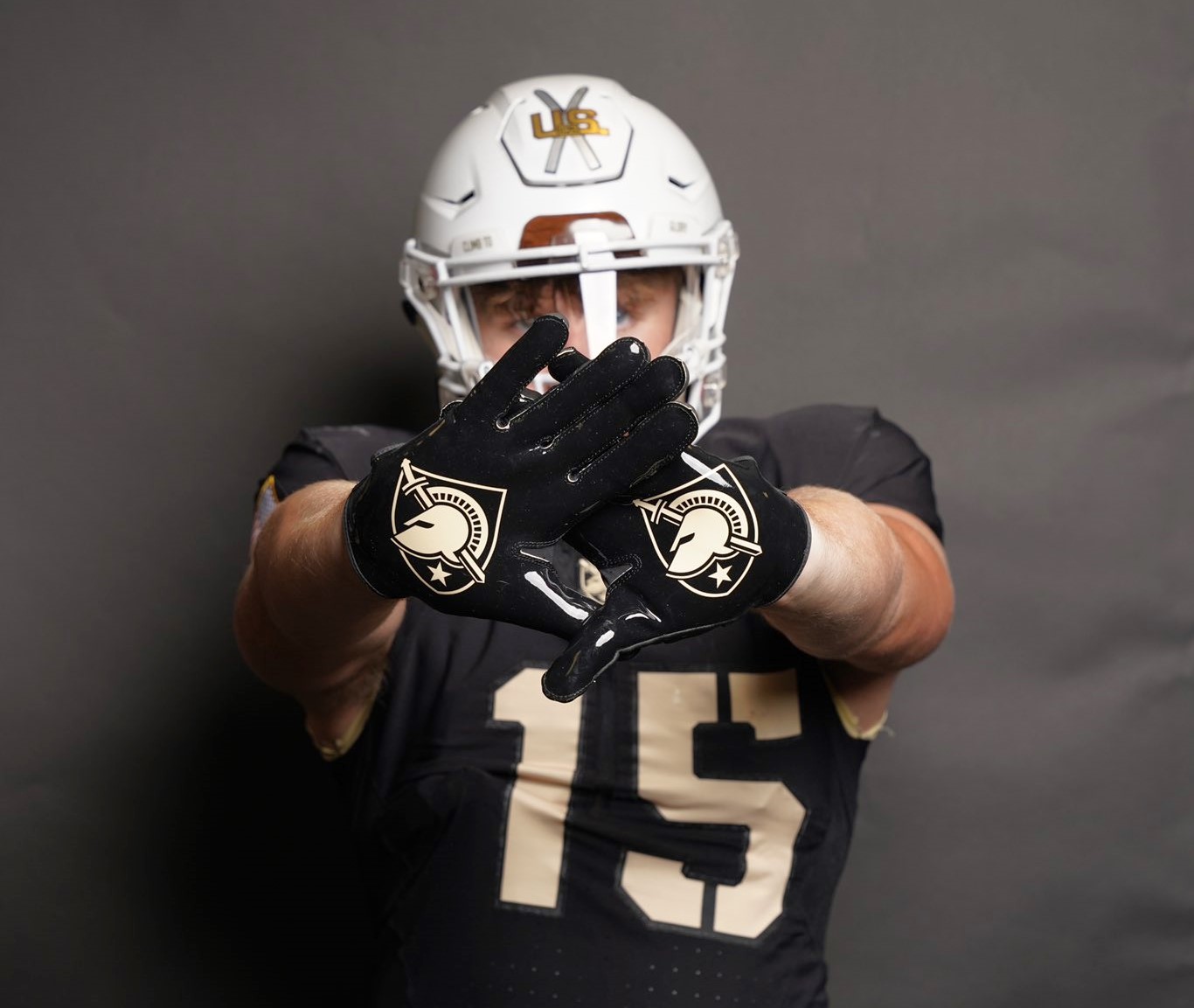 Nollenn Tabaska has always felt a strong desire to serve from a young age.

Both of Tabaska’s parents have enjoyed long careers in Milwaukee police department. His father worked 27 years on the mounted patrol unit before retiring in 2017. His mother is in her 31st year as an inspector of the Patrol Bureau.

The chance for Tabaska to make a difference presented itself in the form of an offer to play football at Army in March. A trip to West Point last week would affirm his college decision.

Tabaska, a 6-foot-7, 230-pound tight end from Brookfield (Wisc.) East High School, announced his commitment to Army Monday, one week after sitting in Jeff Monken’s office with his parents and giving the coach his word.

“Academics was a huge part of the decision,” Tabaska said. “The opportunity to go to such a prestigious school to receive a education and degree is something I couldn’t pass up.

“The values of law enforcement have been deeply engraved into my values of my life. Coming from a very servant family, I have a will to follow in my parents footsteps of being a service to others.”

Army has landed one of its highest-rated recruits in Tabaska. 247 Sports ranks Tabaska as the 5th-best senior in Wisconsin. The amazing part of Tabaska’s story is he played football for only two years and one varsity season.

“I was very blessed to be able to produce my 1/11th for my team and also receive recognition,” Tabaska said. “I started thinking about playing Division I football this winter. When I received my first scholarship (offer), I realized what football could do for my future.”

Basketball was Tabaska’s favorite sport. He picked up a basketball when he was three years old and is a lifelong Milwaukee Bucks’ fan. Tabaska’s first football season was his sophomore year, playing for Brookfield’s jayvee team.

Tabaska, who caught four touchdown passes as a junior, received his first offer from Central Michigan. He was also invited and visited in-state Big Ten power Wisconsin. Tabaska has experience playing in a similar offense as the Black Knights’ option. Brookfield has a formation called “Army.”

Just one of the many pros that led to Tabaska’s decision. Tabaska also hit it off with Black Knights tight end coach and recruiter Matt Drinkall early in the recruiting process.

“What impressed me most about Coach Drinkall is that how down to earth he is as a person.” Tabaska said. “Both of my parents and I have noticed it. We have had countless conversation together. Not even regarding football.

“The biggest thing that stood out to me (on his visit) is the way the cadets act. Every single cadet I met that day was very, very welcoming. It’s a brotherhood there…The campus is very beautiful. Very safe and has basically everything I need very close to me. The history that sits on the campus itself is amazing.”