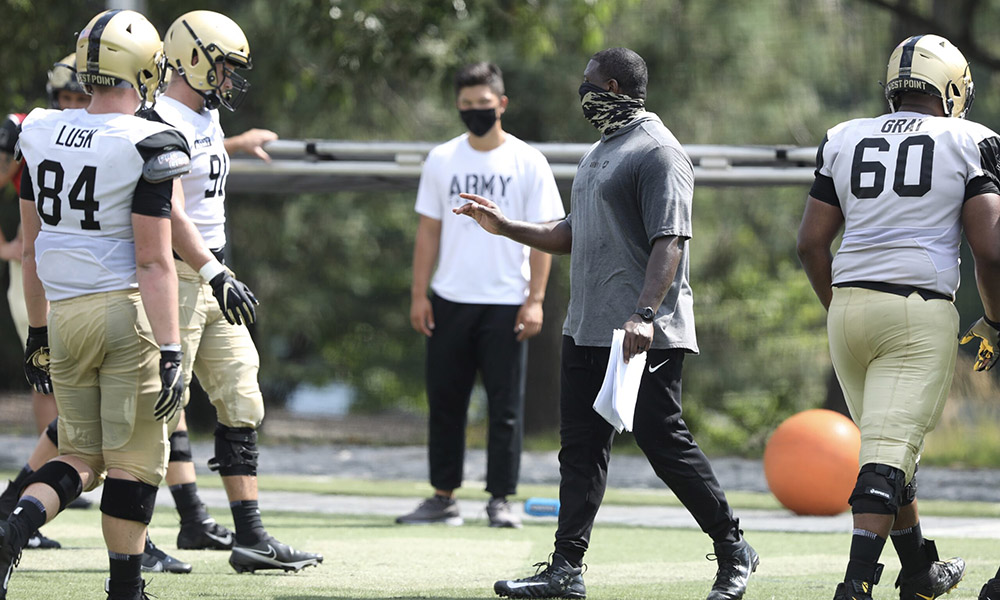 Tank Wright’s stay at West Point was a brief one.

Wright, who joined Army’s staff as defensive line coach in 2020, has been hired as the director of strength and conditioning at Illinois. Illinois announced the hiring Sunday.

The move reunites Wright with new Illinois coach Bret Bielema. Wright was the assistant strength and conditioning coach under Bielema at Arkansas from 2014-17.

Army defensive coordinator Nate Woody handpicked Wright to be his defensive line coach after their one season together at Michigan in 2019. Army’s defensive line flourished under Wright’s direction in 2020. Nose tackle Nolan Cockrill had a breakout season in his first year as a starter. The play of defensive ends Kwabena Bonsu, Ryan Duran and Amadeo West contributed to Army’s No. 1 ranking in total defense (275.1 yards allowed) entering the national championship.