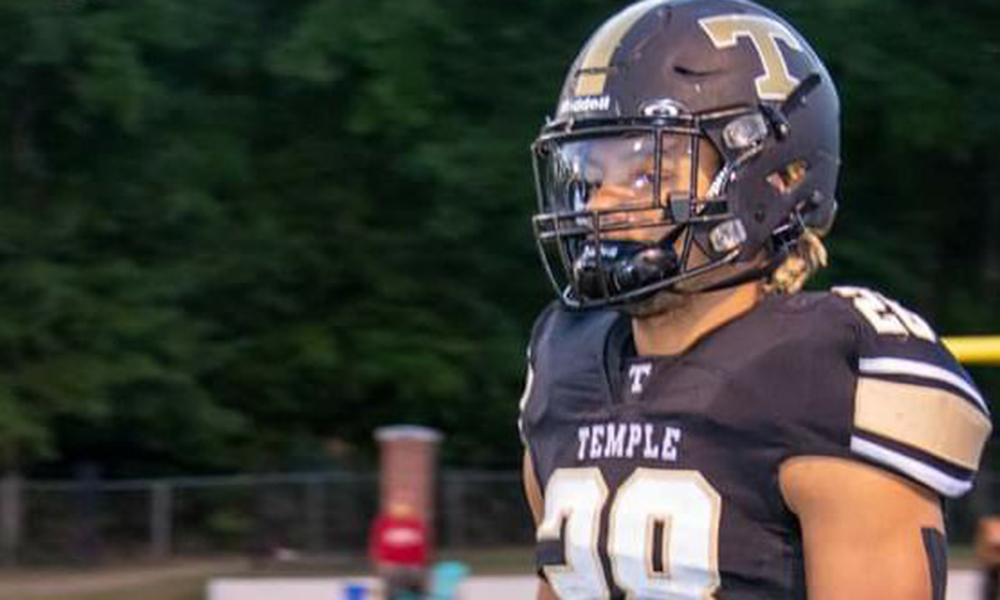 Just after Christmas Phillip Johnson sat down to talk with his mother, Angel, about the pros and cons of his college football offers.

Army filled the pros column for the Temple (Ga.) running back, whose offers included Navy.

“It was the best fit overall and will make me a better man in the process,” Johnson said.

Johnson said his decision, “pretty much” came down to Army and Navy. Army is recruiting Johnson to play fullback. The 6-foot-2, 215-pound Johnson rushed for 1,312 yards and 20 touchdowns in 10 games in 2020. Johnson finished his career with 3,179 yards and 53 touchdowns.

“First and foremost was my education and life after college,” Johnson said on the factors leading to his decision. “But on the football aspect was that the Black Knights are a RB (running back) powerhouse and that’s what style of player I am.”

Johnson added, “Through this process, the coaches there have been true to me the whole way and kept in contact and that meant the most to me of all the college’s that have showed interest. West Point is the perfect fit for my degree (engineering) as well.”

Johnson said his mother and sister have been an important influence on his life as well as moving forward to the academy. His sister is currently serving in the military.

”I want to thank my mom for all of her hard work getting me here because it’s just been her and my sister all these years.”