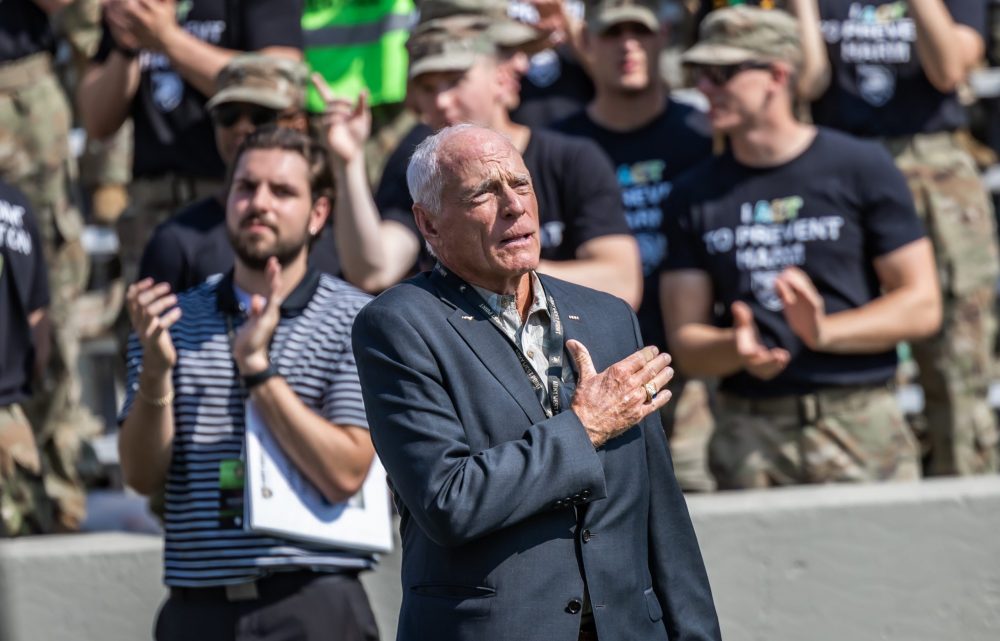 Robinson crossed the goal line after an electric 73-yard run and headed toward Bob Jones, a 1965 West Point graduate. Army’s junior running back fist-bumped with Jones, a former Prisoner of War (POW).

“I just saw him in the end zone once I scored,” Robinson told CBS Sports Network sideline reporter Tina Cervasio. “I gave him a little dap up. It was a great moment for me. I was excited to see him and it was a great opportunity to really say hi to him.”

Jones, who flew more than 80 combat mission during the Vietnam War, was honored for his service during the game and received a standing ovation from the Michie Stadium crowd.

A decorated officer, Jones has received two Silver Stars, two Bronze Stars for valor in combat, two Purple Hearts and the POW Medal for his service.