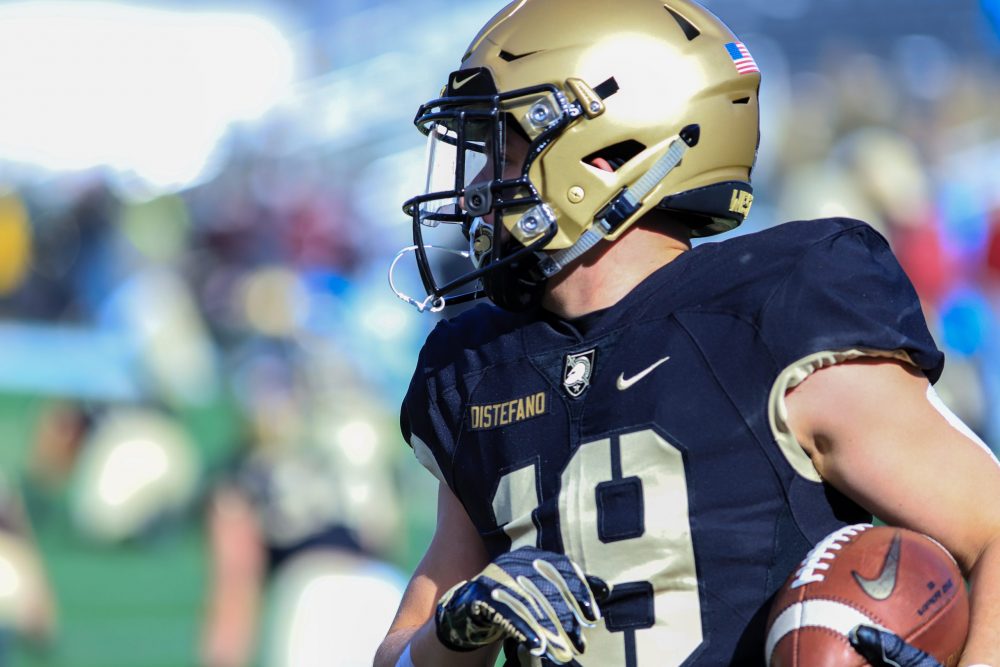 Distefano and Army football’s seniors will be forever remembered as the academy’s most winningiest class.

Memories will live on in with three Commander in Chief’s trophies and two bowl victories over the last four years and rings to show for it.

Distefano will have another memento to his collection. In an academy tradition, Distefano was handed a container filled with close to $1,000 when his name was called as a second lieutenant in the United States Army. The container is given to the goat of the class or the lowest ranking cadet to graduate.

Last month, Army football coach Jeff Monken praised Distefano for his team-first attitude during the team’s banquet. Distefano, who was a member of the travel squad, worked with the scout team during Army’s 9-3 season in 2020.

Army senior cadet-athletes navigated through unprecedented times during coronavirus pandemic. Football games were cancelled and replaced in 2020. Some sports were moved to another season.

Saturday’s graduation in front of family and friends brought back a sense of normalcy.

Women’s soccer goalie Sydney Cassalia was one of the first cadet-athletes to be announced during graduation. Cassalia received the Army Athletic Association female award winner. Two-year baseball captain Anthony Giachin was next as the AAA male winner. The award represents the academy athletes that displayed, “the most valuable service to intercollegiate athletics during their cadet career.

Cassalia, a two-year captain, was the Patriot League goalkeeper of the year her junior and senior seasons and finished with 25 career shutouts, second in academy history.

Giachin, the Black Knights’ third baseman, was named to the Patriot League first team three times and helped lead Army to the Patriot League championship as a freshman and sophomore and the league’s championship series against Lehigh next week. After Army’s baseball season finishes,  Giachin, who had 3.949 grade-point average and branched aviation, will attend the University of Oxford (England) to study for a master’s degree.

Track star Tyrese Bender received the AAA Special Award. Bender, the 2021 Patriot League indoor track and field athlete of the year, is a Rhodes scholar and graduated with a 4.045 grade-point average.