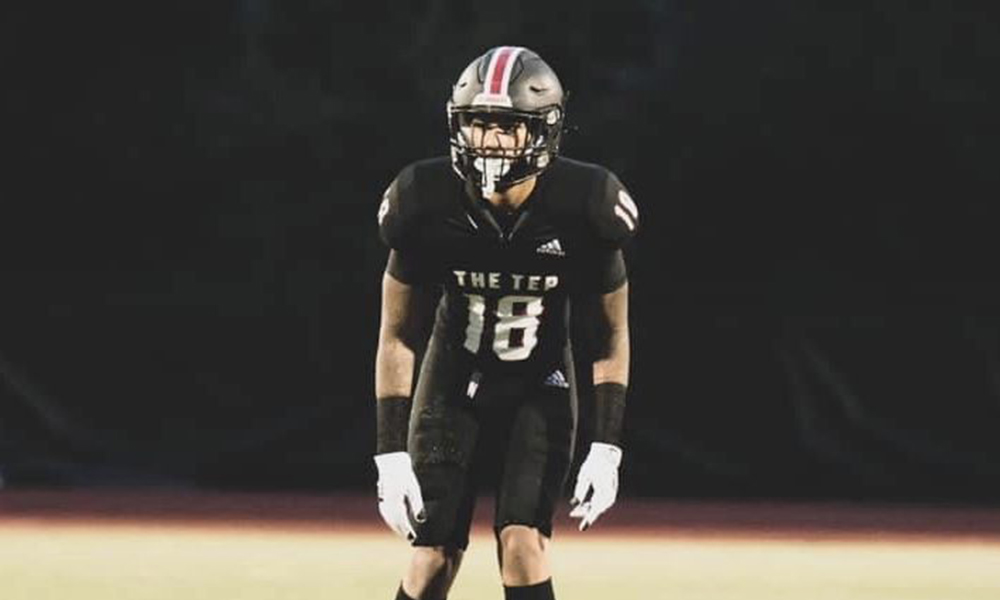 Jamir Reyes’ first introduction to Army football was watching the Army-Navy game on television with family about five years ago.

Not too far from his Philadelphia-area home, college football’s most storied rivalry was contested at Lincoln Financial Field.

Reyes has never attended an Army-Navy game in person. But, the Imhotep Charter safety will have his chance to play in the rivalry soon. Reyes committed to Army and assistant coach John Loose through a Zoom call with his mother, Janice George, and two of his high school coaches Wednesday.

“I committed to Army because I felt as though it was the best fit for me,” Reyes said. “The coaches and I have a great relationship and my mom loved it so that just put the icing on the cake for me.

“The atmosphere of the (Army-Navy) game is just crazy. I can’t wait to play in the game myself.”

Janice George has been Reyes’ No. 1 supporter in football and life. Reyes’ father passed away a few years ago.

“She had to play both roles,” Reyes said. “Without her, I don’t know where I would be.”

Reyes, a 6-foot-1, 180-pound defensive back, helped Imhotep to a 4-0 record in a shortened junior season. Akron, Fordham and Princeton were among the schools recruiting Reyes. Army was the first program to offer Reyes. He posted on Twitter, that he was “110 percent” committed to the Black Knights. Reyes is the third commit of Army’s 2022 class. All three commits are on the defensive side of the ball. He said talks with Army coach Jeff Monken and defensive assistant Shiel Wood were also factors in his decision. Reyes plans on visiting West Point on June 7.

When asked what he will bring to Army’s defense, which finished first in total defense (yards allowed per game) last season, Reyes said, “I will bring my versatility to be able to play all over the field and the ability to make an impact on the field.”