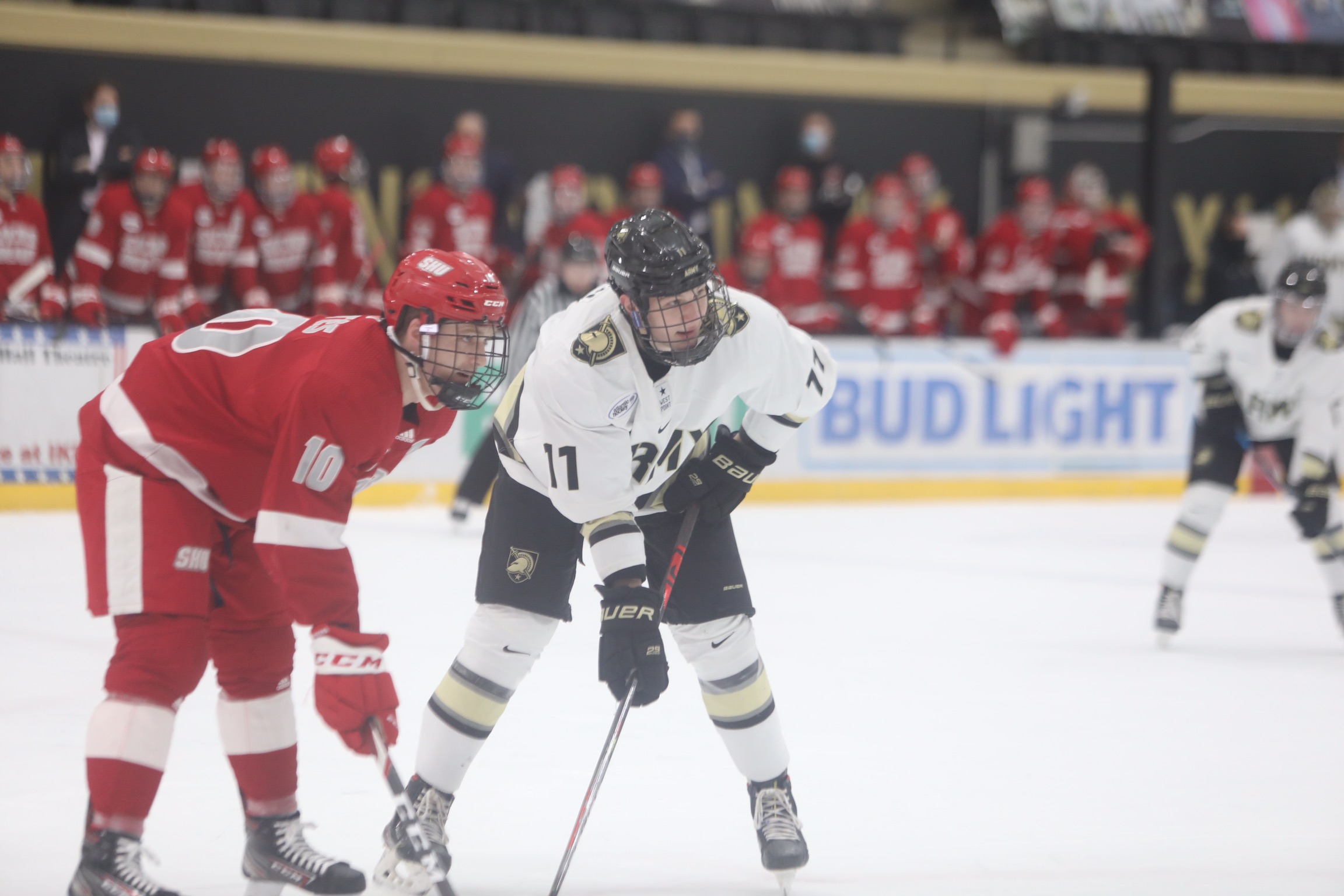 Brian Riley was named the Atlantic Hockey East Pod Coach of the Year before the Black Knights put their 13-game unbeaten streak on the line against Canisius Friday night against Canisius.

Riley has guided Army to one of most historic seasons. The 12-0-1 unbeaten streak is the program’s longest since the 1983-84 season. Army is coming off the longest game in program history – a 4-3 triple-overtime win over Sacred Heart. It is the fourth time that Riley has earned the league’s coach of the year award.

“This is certainly not an individual award. It is both a team and a staff award,” Riley posted on Twitter. “Lucky to come to work everyday and be surrounded by a great staff. Honored and privileged to have the opportunity to coach these players.”

Hatten has recorded all seven of his assists in Army’s last eight wins and added four goals in his plebe season. He joins Tyler Pham (2016) as the only Army player to win the Atlantic rookie award.