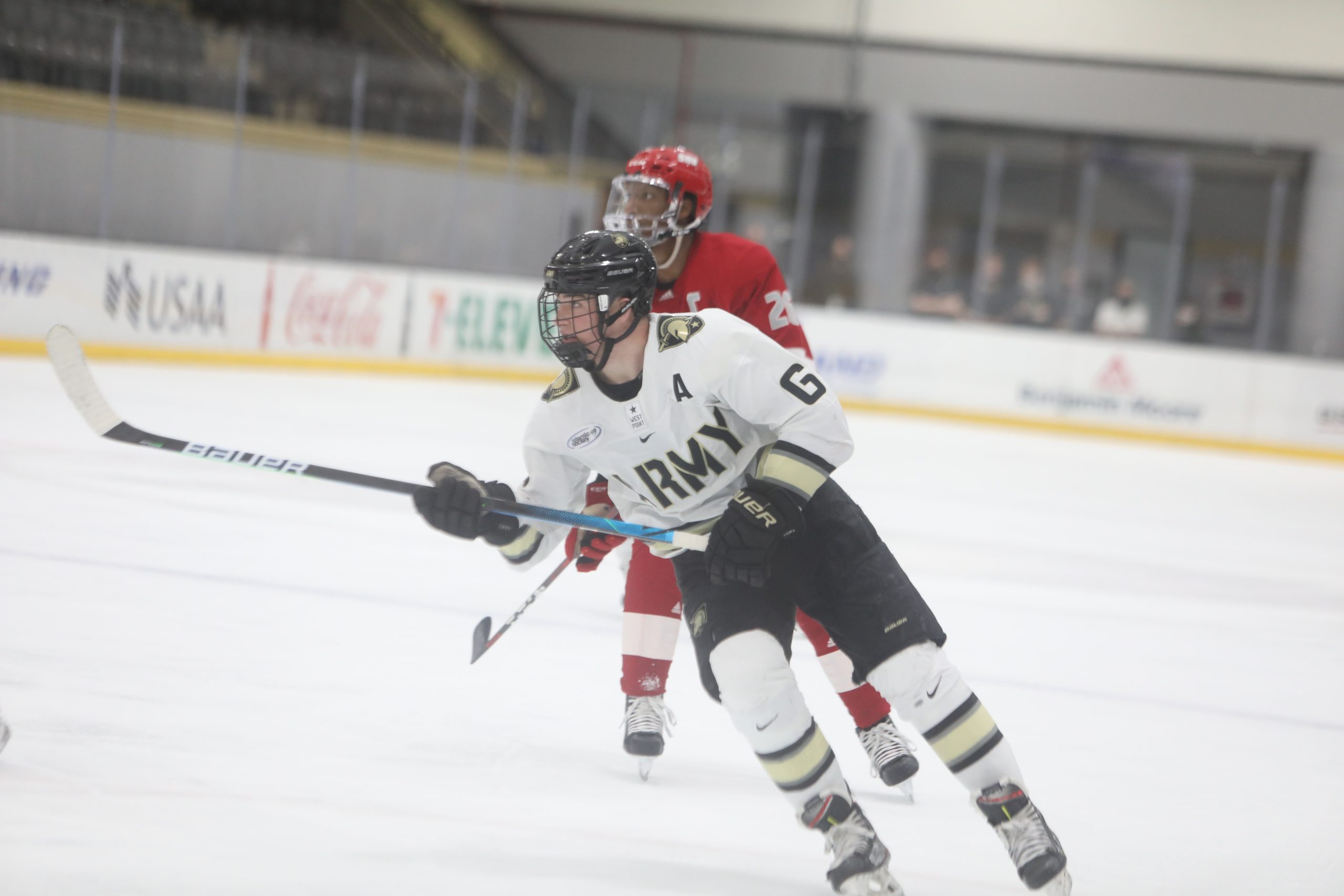 Army forward Colin Bilek and goalie Trevin Kozlowski were recognized as among the best in college hockey Friday.

Only 24 players were honored nationally.

“For us to have not one but two players receive all-American status is one of the highlights of my coaching career,” Army coach Brian Riley said in a press release. “Both of these young men had outstanding seasons and the thing that makes all of us here at West Point so proud of the type of young men that they are and the leaders they are going to become when they graduate from West Point.”

Riley broke the news to Bilek, Kozlowski and their teammates in Army’s locker room.

Bilek’s 18 goals were second in the nation. An alternate captain, Bilek, a junior, scored eight of his goals on the power play.

“I’m very honored to even be part of a conversation in something like this,” Bilek said in a press release. “No words can describe how thankful I am to this program, my teammates and my family. I am just very blessed to be named an all-American.

Kozlowski posted a single-season Army record 1.91 goals against average. The senior finished with a 14-4-1 record and had a 15-game unbeaten streak.

“It’s a great honor for myself but also for the Army hockey program,” Kozlowski said in a press release. “It is nice for Colin and me to be recognized on the national level for our hard work and effort this past year but none of this could have been done without the help of my teammates and coaching staff.”

Riley had said on the Black Knight Nation podcast last month that Kozlowski, who is 6-foot-4. may have a future at the professional level.

“He’s what you see in the NHL now, the big goalies,” Riley said. “I’m starting to get calls on him. If he can play like he’s been playing, I’m sure somebody would want to give him an opportunity. Regardless, he branched infantry and he’s going to be a great infantry officer and a great leader. I know the young men and women that he’s going to lead are going to love him. He’s such a team-first guy. Whatever happens to him as far as hockey, we will see where that goes.”