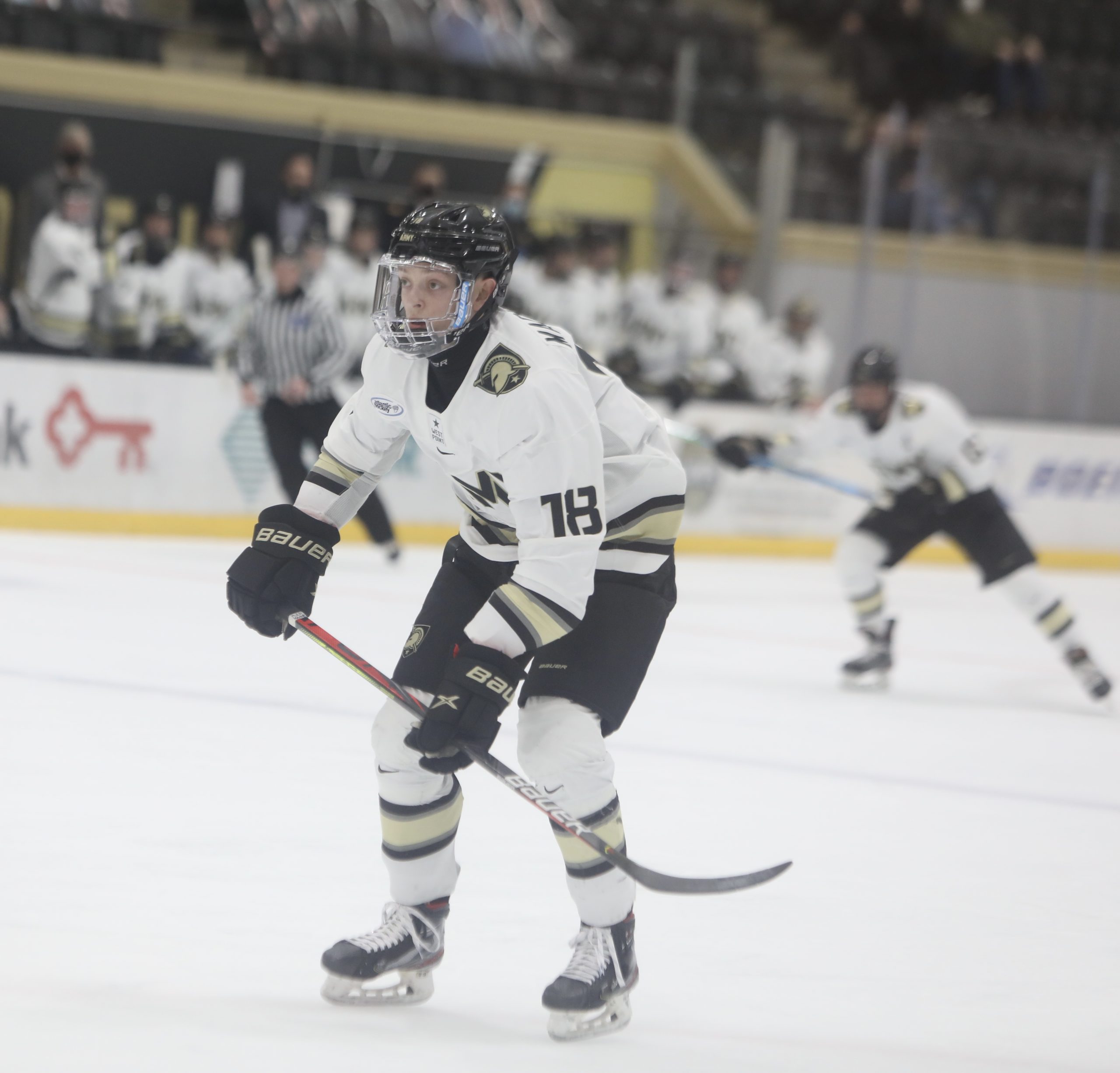 Army won all four games – one in overtime, another in a shootout and victories by one and two goals.

The Black Knights’ opener of the Atlantic Hockey quarterfinal played out the same for the first two periods.

Army were locked in a scoreless tie until Mitch Machlitt flicked the puck at the net 1 minute and 25 second into the third period. The puck found the back of the net. Four minutes later, Ricky Lyle scored his first career playoff goal with a nifty move.

Colin Bilek and Daniel Haider followed with goals 22 second apart as Army cruised to 4-0 win and extended its nation-best unbeaten streak to 12 games.

Trevin Kozlowski made 30 saves for his second shutout of the season. Army (14-4-1) looks to clinch the series Saturday night at 5:05 p.m. at Tate Rink.

“Coming out to start the third (period) and scoring and scoring early was huge for us,” Riley said. “It kind of had that feel of whoever scored the first goal was going to win this game. We’ve been in a lot of these games all year when it comes down to winning a third period.

“It’s great to get this first one but it’s not a one-game series. It’s a 2-out-of-3 so we have to have a short memory and start getting ready right now for what we know will be a very determined Sacred Heart. It’s one of the hardest things to do, to end somebody’s season.”

Bilek’s goal was his 17th of the season. Mason Krueger added two assists.

Kyle had a goal waved off with 7:10 in the first period.