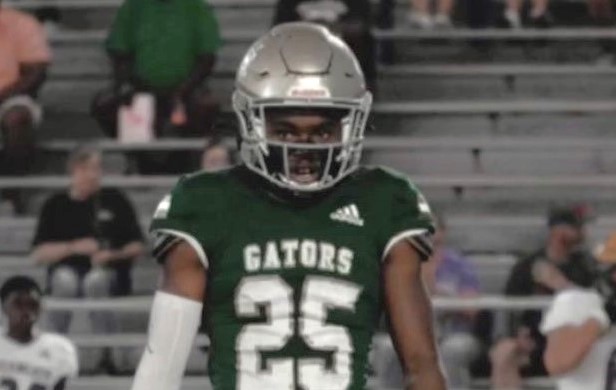 Hall received his first offer from Central Arkansas, an FCS school, in May of his junior year. More offers started coming in from Division I-AA programs Marist, Charlestenon Southern and Southeast Missouri State.

The Ware County defensive back was patient in making his decision, waiting for his first FBS (Division I-A) offer. Hall got it with Army earlier this month. Almost two weeks after Hall announced the offer, he contacted Army cornerbacks coach Daryl Dixon with his commitment to the Black Knights Tuesday.

“When Army came into the scene, I knew it was an opportunity I couldn’t pass up,” Hall said. “Coach (Jeff) Monken and coach Dixon made it even better. I just can’t wait to be a part of the brotherhood.”

Hall, who is hoping to visit West Point soon, is the 10th Army 2023 commit from Georgia. He had a Pick Six in Week 2 against Baldwin and has helped Ware County to a 4-0 start.

“There is no going wrong with going there,” Hall said. “It’s a win-win situation. I’m getting one of the best educations in America and playing Division I FBS football and I’ll be very successful league (NFL) or not.”

Army is recruiting Hall, who is 5-foot-11 and 170 pounds, to play cornerback but he said that he can play anywhere in the secondary.

“They (Army) plays hard-nosed football,” said Hall, who has an aunt and cousin that have served in the Army. “If you know where I’m from, that’s what we love…I’m coming to play and make Army as great as a team as I can.”