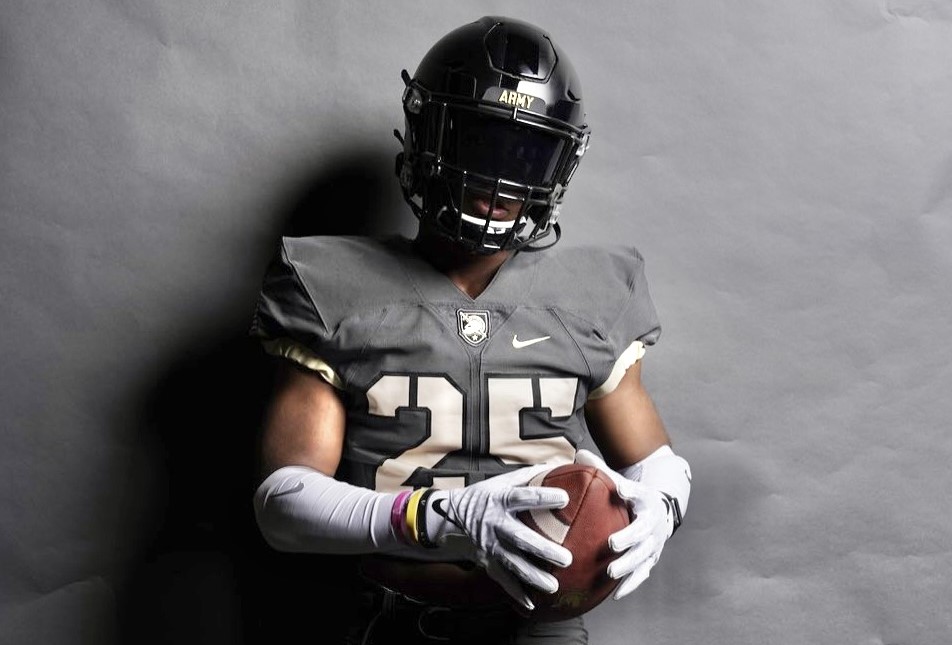 Myles Arterberry’s football commitment was a decision that the running back weighed heavily.

It was Navy coach Ken Niumatololo that gave Arterberry some valuable advice during his trip to Annapolis. He told Arterberry “the best way to chose (a school) is to pray on it and trust you will make the right decision.”

After much thought and talk with his family, Arterberry called Army coach Jeff Monken on R-Day and told him, “I wanted to be a Black Knight.” Arterberry posted on social media “It’s BIGGER than me” about his commitment.

“This decision is not just for me,” Arterberry said. “It’s for my family and my future family and kids. This decision to attend Army West Point is a life-changing move that will forever alter the course of my life and others around me.”

Arterberry is the Army’s fifth commit of its 2023 class that also had offers from Navy and Air Force. Building a strong relationship with Monken and Army’s coaching staff was one of the deciding factors in his decision.

“Ever since (Army offered), I’ve been in constant contact with the team coaches and personnel of the college,” said Arterberry, who also considered SMU and Princeton. “They have always been by my side through life situations and curious questions. I even talked to coach Monken about McDonald’s fries. I mean the relationship we built was a special one. My goal was to go to a high academic institution and play a high level of ball so in the end West Point won over me.”

“(They) really showed me that I was once in their shoes and that a person of my mindset would succeed and thrive at West Point,” Arterberry said. “It made a strong impression to me because I want to go somewhere where everyone had a common goal, a common purpose and mission and that spoke volumes to me.”

“I’ll do my best to bring premium play at the slotback position,” Arterberry said. “This goal will be much easier to accomplish with the team around coach Monken is building.”