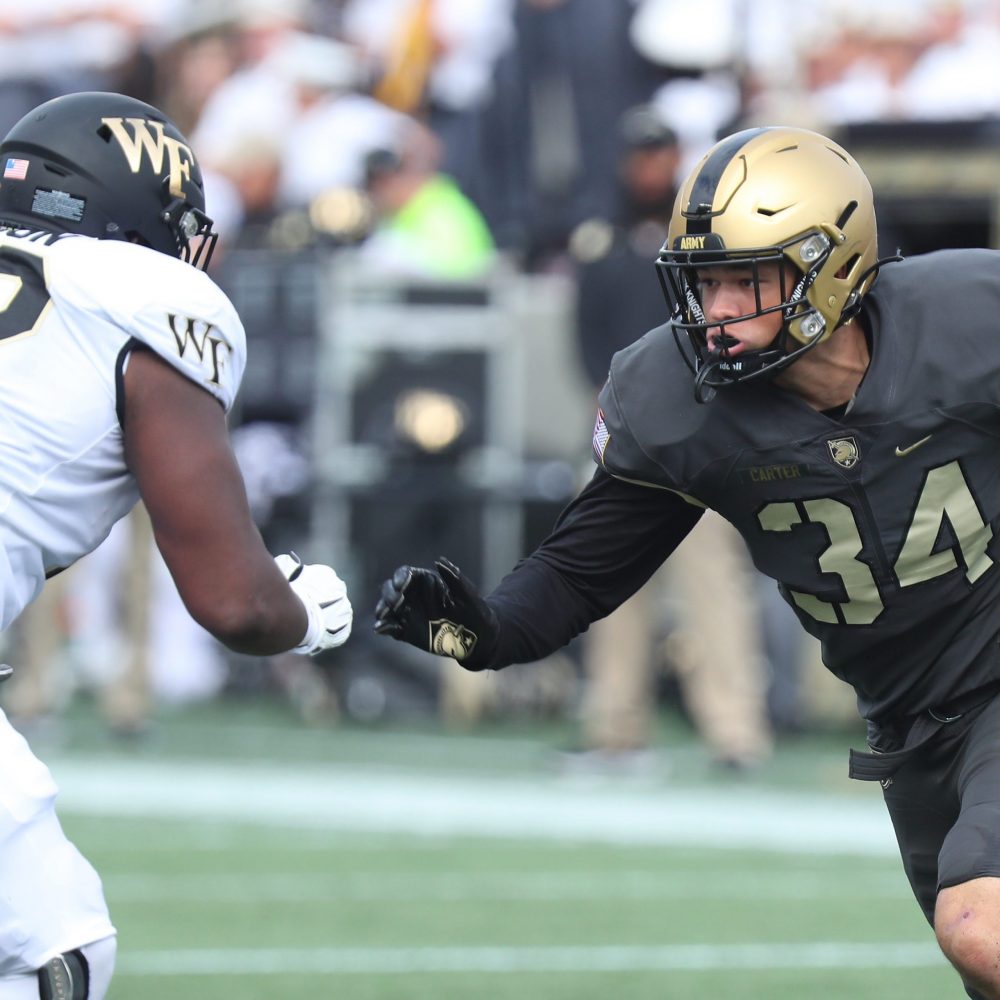 Army linebacker Andre Carter was once again recognized with another preseason honor Wednesday.

The latest acknowledgement should not go unnoticed with its significance.

Can’t remember an Army football player receiving that high of a national honor before the season kicks off. Carter could be one of the first.

Stay tuned. Carter’s name should be seen on more preseason award watch lists in the coming weeks after his 15.5-sack, breakout 2021 season.

The 6-foot-7, 260-pound senior is a potential first-round pick. ESPN’s Matt Miller has Carter No. 13 in mock draft released yesterday.

Carter, who ranked second in the nation in sacks behind Alabama’s Will Anderson last season, was picked as a third-team all-American by Phil Steele earlier this month. He was named to Lott Trophy watch list in May.