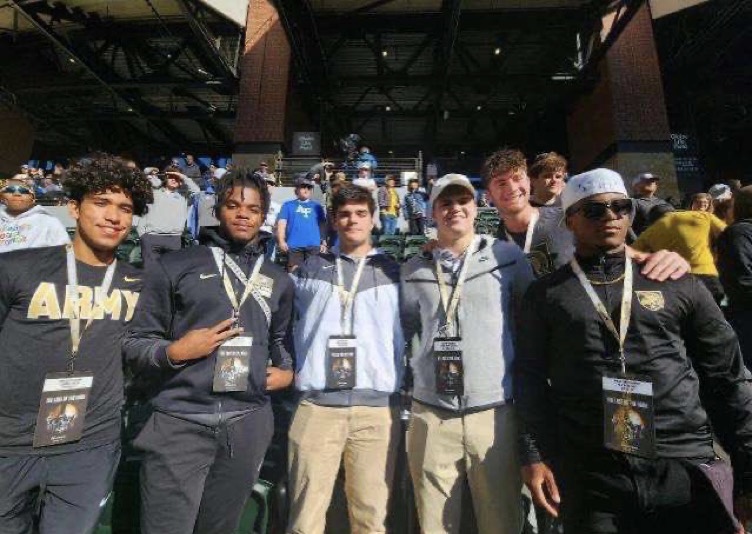 Carlos Alvarado played soccer for 10 years before he started kicking.

When a kicker was needed in seventh grade, Alvarado stepped up due to his soccer background. A few years later, Alvarado was Tomball (Texas) High’s starting kicker as a sophomore.

About a month into his senior season, Alvarado reached out to Army special teams coach Sean Saturnio with some highlight videos in late September. Conversation began and continued. Alvarado would receive a phone call from Army head coach Jeff Monken with his first offer on Oct. 25.

“All of the love, I’ve received from the coaches, the amazing education, opportunities and football are what made me commit even though I haven’t taken a visit yet,” said Alvarado, who received interest from Rice. “I’m 100 percent committed to Army. There’s no place I’d rather be going. I can’t wait to be a part of the future of the program.”

Alvarado plans to take his first trip to West Point in January. The recruiting experience and everything he’s heard about the academy from alumni prompted his decision.

“Alumni has said that although it was the most challenging thing they’ve ever done, it was worth it in the end,” Alvarado said. “They have talked to me about how great the education is and how many doors open up as a professional by just having a West Point degree. Every single alumni I have talked to has mentioned how they’re a ‘brotherhood’ and I can’t wait to be part of that.”

Alvarado delivered a strong senior season for Alvarado. He made 10 of 14 field goals including a long of 49 yards. Alvarado has hit on three more field goals of 40 yards or more, connected on 34 of 36 extra points (the two misses were blocks) and 9added 21 touchbacks. He also holds a 4.39 grade-point average.