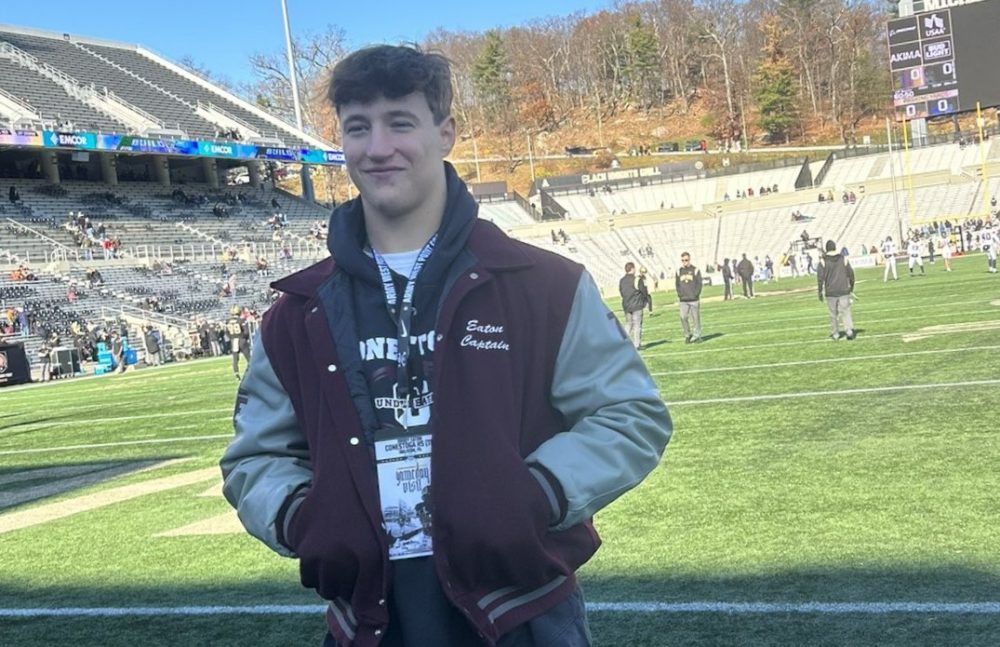 The gameday atmosphere and interaction with Army coaches had Eaton making up his mind before he left West Point.

“I made it clear that there is no other coach I’d rather play for,” said Eaton, who gave Monken his verbal commitment on the spot. “I knew as soon as I stepped in the stadium that Army was home. No other schools that I have visited have compared. The coaches made my visit special and helped me with the process.”

“Army has always been my first choice,” Eaton said.

“I can play all over the field,” Eaton said. “I feel I can contribute a lot because I am a very aggressive blocker. That seems to fit their play style.”