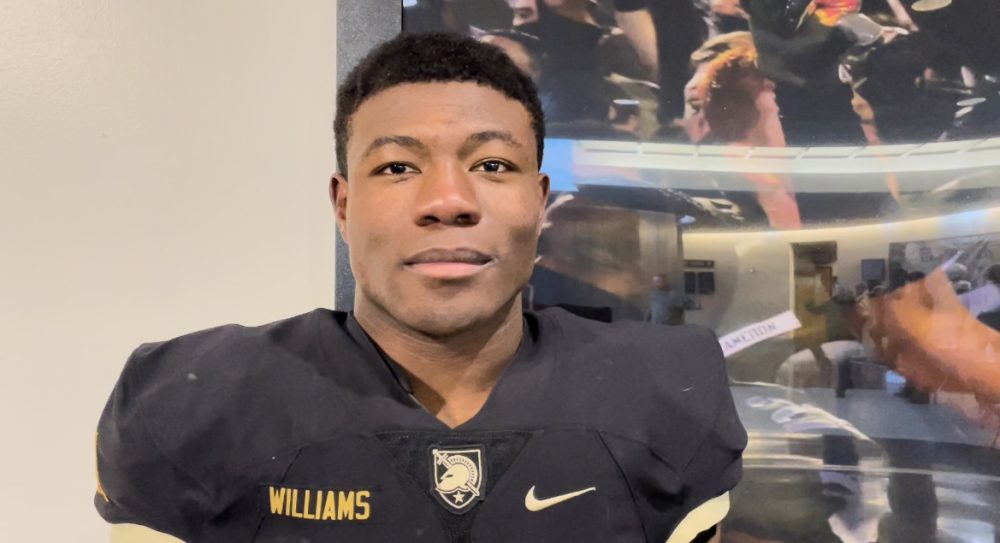 Jabril Williams sprinted off the field with his hands held up in celebration after the biggest play of his young college career.

One of the first players that Williams met on the sidelines was senior safety Marquel Broughton. The freshman cornerback said “Thank you” to Army’s senior captain for believing in him. Williams was close to making a big special teams play in practice during the week.

“There was a lot of preparation for that play, specifically,” Williams said. “We’ve been practicing all season to find different ways to get one (punt block) for the team. This was the first of the season. I want to thank my coaches and thank my teammates. They’ve been constantly in my ear telling me I was able to do it and I’m happy to finally get one for the team.”

Williams, who was moved up from the scout team to special teams before the Louisiana-Monroe game, blocked a punt in one of his early practice reps. He played a few game snaps against Louisiana-Monroe and Air Force without a deflection prior to Saturday.

“It’s the little things throughout the week that was holding him from getting the actual block,” Broughton said. “He got it today and it felt amazing. I was happy for him, just to see his excitement and smile.”

“It takes a good amount of work (to work your way up),” Williams said. “The coaches do a very good job of making sure no matter what your position is on the team you have an opportunity to help the team on gameday.

“They have scout players of the week. Guys, who perform well during the week, get recognized. I’m really glad they do that. It keeps the morale and mentality up for the scout players and let’s them know there’s a lot of way that we can help the team out.”

Williams was happy to help send Army’s seniors out with a win in their final game at Michie Stadium. The senior class has mentored through his plebe season.

“I can’t even describe how much this senior class means to me,” Williams said. “From the second I came out of basic training, they were there constantly just keeping us on our feet and giving us everything that we needed.

“They are the definition of role models, this class specifically by far. I’m glad they are the ones leading America’s sons and daughters into battle. These guys, they didn’t miss a beat all season. They wanted it ever since they’ve gotten here and that showed today with their dedication to the team and their future duty as well.”