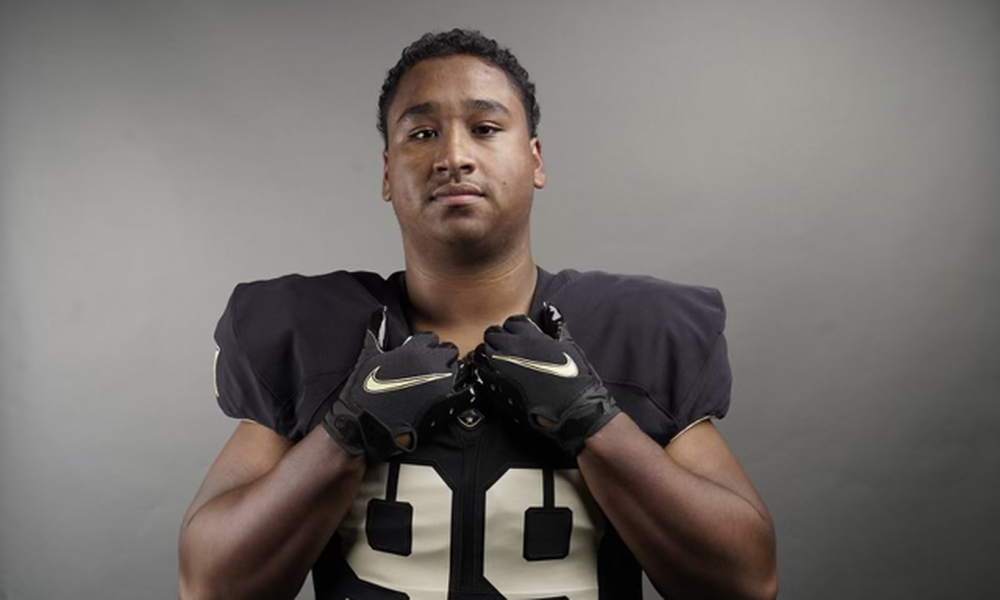 Mason Davis heard about the closeness of Army football’s locker room prior to his official visit, starting Sunday.

The visit took the Denton Ryan (Texas) defensive lineman’s appreciation to the next level.

So much that Davis didn’t leave West Point without giving Army and coach Jeff Monken his verbal commitment Tuesday morning.

“Before we left for the airport, we started talking about commitment and I came right out and said I was ready to commit,” Davis said.

“Meeting the players and people at West Point really influenced my decision. They kept it real with me and answered all my questions, I got to have a lot of fun with them and get a little taste of the brotherhood that I have heard so much about.”

Davis took the official visit with his twin brother Michael, a wide receiver and Army recruit. Potentially playing on the same college team as his brother, factored into his commitment.

“I have a chance to play with my brother which is very big for me so hopefully he decides to commit soon,” Davis said.

Davis, who is being recruited to play defensive end, was leaning toward Hawaii before his West Point visit. Air Force and North Texas also offered Davis. He visited Air Force in June.

“Honestly, Army’s vibe was way better and their facilities were amazing,” Davis said when comparing the two service academy visits. “I especially loved the energy the players had at all times. You just can’t compare it to Air Force.”