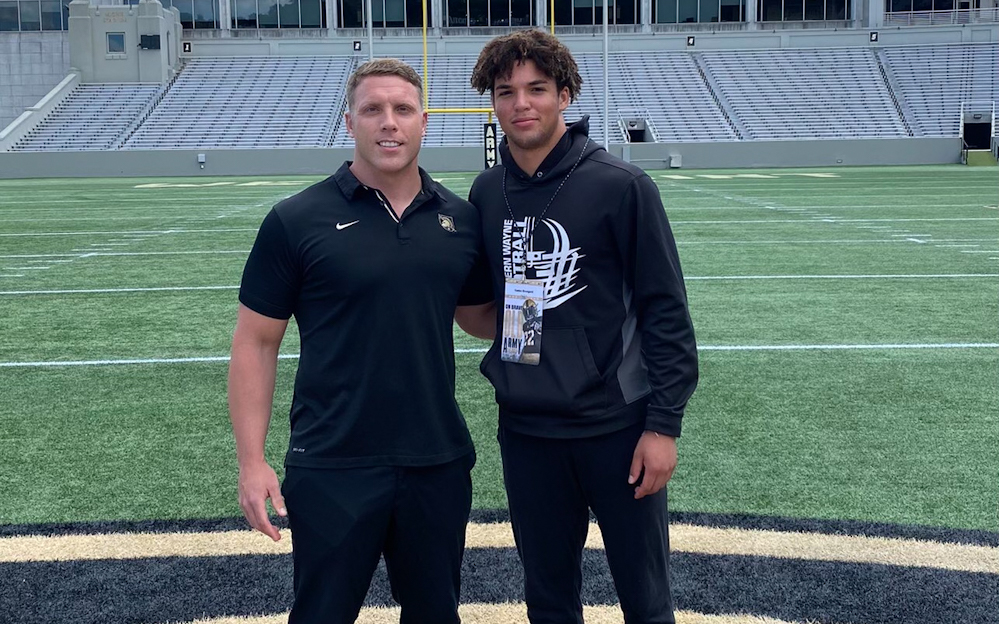 When Caden Brungard was sitting in the Michie Stadium stands with his Western Wayne (Pa.) teammates three years ago, he never thought that one day he’d be playing for Army.

“I was a big fan before my recruiting started,” Brungard said. “I was excited to finally make it official but this was something I have been wanting to do for a while.”

Brungard’s commitment started to become clearer after a visit to West Point in June. Brungard loved the camaraderie and the tight bond between players and coaches.

“Everyone respects each other and cares for each other on and off the field,” Brungard said. “I fell in love with the place. Ever since then (the visit), I was pretty certain that I wanted to go there. And after some thinking, I felt that West Point is a great fit for me and it is a great honor to have this opportunity.”

Brungard was also offered and recruited by Air Force and UPenn. He didn’t visit Air Force.

“What set Army apart was how they made me feel like family and they treated me like I would be a great addition the team,” Brungard said.