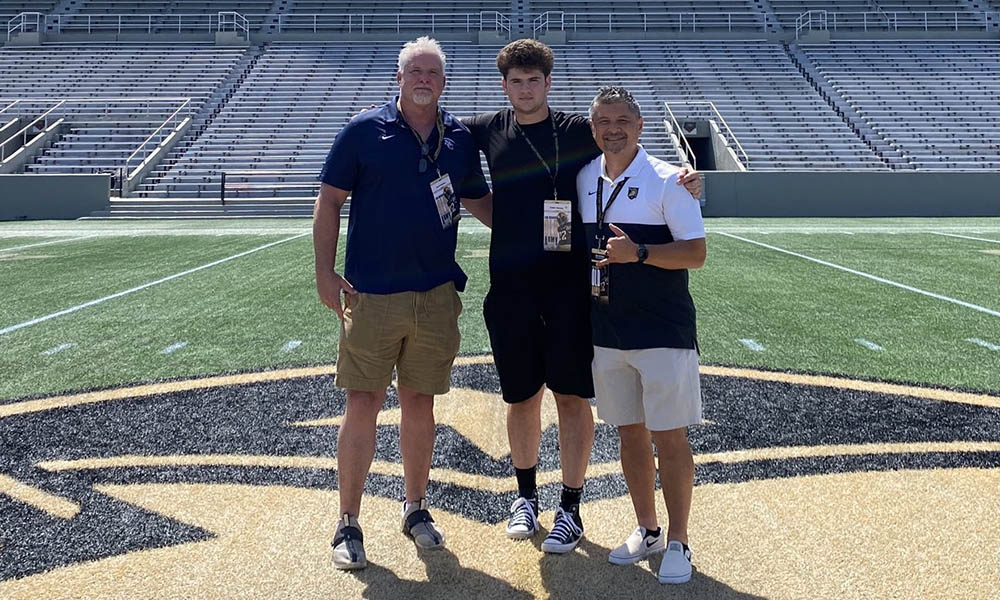 A look into Army football’s weight room provided Caden Harman with a glimpse of the future during his West Point visit earlier this summer.

The weight room’s energy and camaraderie was contagious. It was exactly the kind of atmosphere that Harman was looking for in his college decision.

“I play football because of the brotherhood you form with your teammates and because I have four younger sisters and no brothers,” Hartman said. “My football team has always taken the place of that missing brother and watching their team lift and seeing the bond they have is what I consider to be the main reason I chose Army West Point.”

“Right away, I can tell that they value the relationships they have with their players and recruits,” Harman said after his first contact with Saturnio. “When I was finally offered, I could tell that it was from a place that had my best interest in heart.

“When I went and visited the school I was in awe seeing the campus and the history of the school and football program as well as meeting the coaches and players really excited me.”

Harman has a military background within his family. His grandfather and two cousins served in the Air Force. But, Harman’s West Point visit steered him toward Army.

“I knew this was the place that would develop me into the best man possible and set me on a career path I wanted to be on not to mention the football team has everything I want in a team, they are a bunch of tough guys that have a brotherhood unlike any other.”