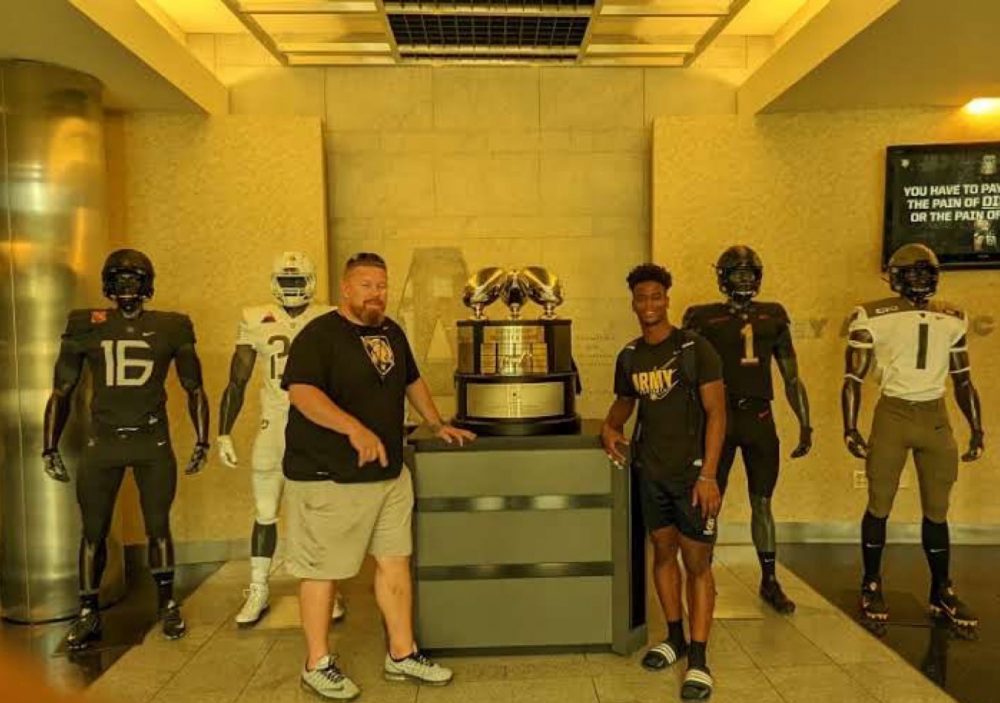 McGinnis feels he will prevail in most situations with the right attitude.

The St. Joseph (Mich.) senior says his mantra is, “We will always win. Even in the face of adversity, we will improvise, adapt and overcome.”

That’s why McGinnis believes “West Point is the place for me.”

“I actually never thought about playing two sports in college,” said McGinnis, an all-state sprinter and running back. “It really just happened.”

“I truly don’t think i could go anywhere better not even because of the sports but the great leadership and life skills I will learn when attending.”

Smith was the first track coach to reach out to McGinnis last year and was consistent with recruiting. The attention prompted McGinnis to research West Point. The prestige of the academy wasn’t lost on McGinnis. He also learned more about the track and football team.

“I really like the brotherhood aspect of the team,” McGinnis said. “They all seem close and the coaches love what they do.”

McGinnis, a state champion in the 400-meter relay as a sophomore, was a Michigan regional champion in the 100 and 200 as a junior. St. Joseph’s and McGinnis placed second in the 400 relay this spring. He had 1,295 all-purpose yards and scored 17 touchdowns his junior season.