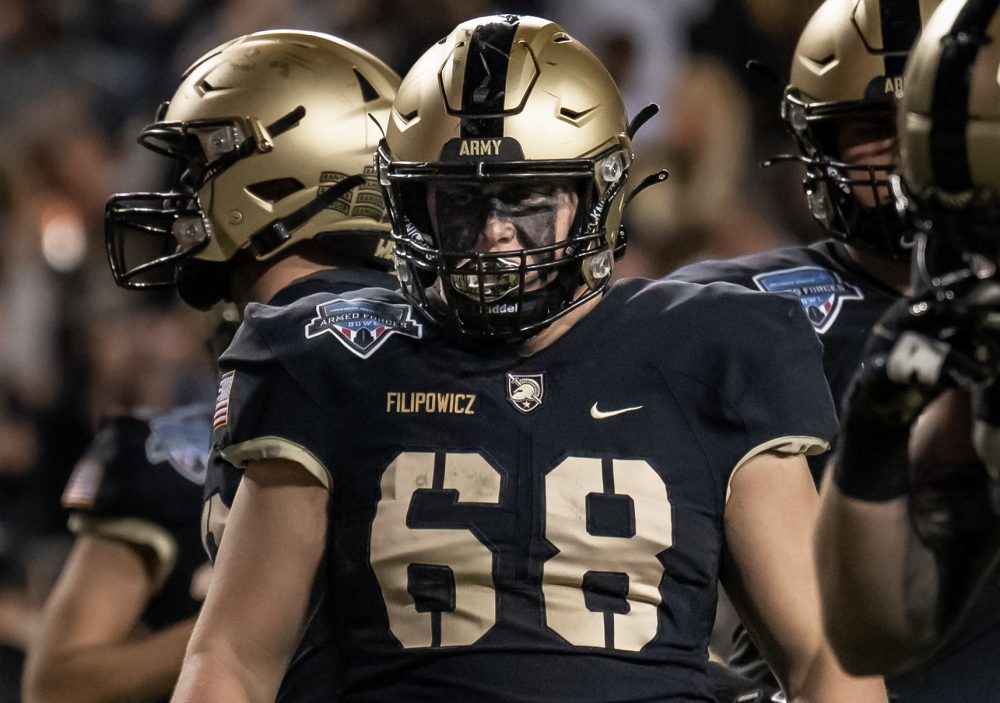 Army’s offensive line is starting to take shape and it appears the Black Knights are close to choosing who will play alongside returning starters Connor Bishop, Connor Finucane and Boobie Law.

Offensive coordinator Brent Davis said Tuesday that juniors Jackson Filipowicz and Shayne Buckingham currently No. 1 on the depth chart at left guard and right tackle respectively. Davis said if “the season were to start tomorrow” Army’s top line would be (from left tackle to right tackle) Law, Filipowicz, Bishop, Finucane and Buckingham.

“Those guys are in competition every day,” Davis said of Filipowicz and Buckingham. “They know that. It’s a fluid depth chart.”

Filipowicz received snaps at both center and guard during Army’s scrimmage Saturday. He played in 65 snaps at center in three games (Georgia State, UConn and Bucknell). Army wants to have its five best offensive lineman on the field for the season opener at Coastal Carolina Sept. 3. And, Filipowicz fits that.

“Whatever is going to help the team and whatever I need to do, that’s what I’m willing to do,” said Filipowicz during a media session Monday. “It’s cool to be able to go back and forth (from guard to center if needed). It’s definitely helping me grow as a player.”

Buckingham was recruited as a tight end. He was moved to tackle after his freshman season. Buckingham, who is 6-foot-4 and 280 pounds, took 11 snaps, his first as an offensive lineman, against Wake Forest last year.