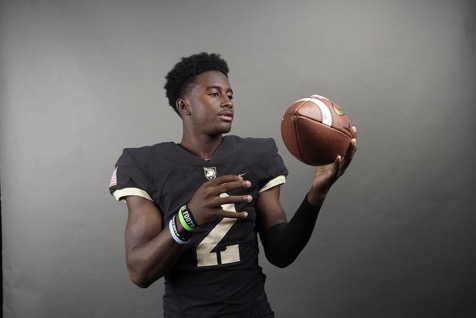 Larry Robinson smiled as a call from the 845 area code came up on his phone Sunday.

Army coach Jeff Monken was checking in on the Saline (Mich.) dual-threat quarterback.

Robinson was ready for the call and told Monken, “I’m coming and ready to join the brotherhood.” He chose Army over Navy and Central Michigan.

“Coach Monken and the rest of the staff have brought a lot of energy in every conversation we have had. After my official visit (last weekend) and getting a chance to talk with the current players and finally meet the coaches, I felt like it was a special place and somewhere I could see myself succeeding.”

During his visit, Robinson watched film of Army’s offense with coordinator Brent Davis. Robinson runs a spread shotgun offense with some run-play-option and option principles. He combined for 27 touchdowns, passed for 1,333 yards and rushed for 489 yards his junior season.

“I think I can do a lot in the their offense,” Robinson said. “I like how much they utilize the quarterback.”

247 Sports ranks Robinson as the 81st best quarterback in the 2022, the 39th best player in Michigan and the top quarterback in the state. Robinson, who has at least five family members that have served in the military, said, “Army just had a special vibe from the coaches to the players and people connected to the school,” than any other program that recruited him.