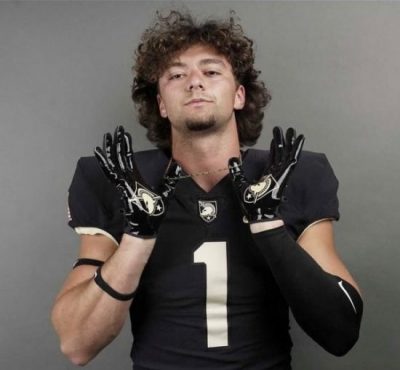 Count Christian Yousefzadeh as a believer in the Army football brotherhood.

That wasn’t the case when Army began recruiting the Creekside (Fla.) linebacker. Yousefzadeh was unsure if the Black Knights were going to be an option for him. Georgia Tech had offered Yousefzadeh and he visited the Atlantic Coast Conference school’s campus first.

Yousefzadeh’s official Army visit on July 26-28 changed his perspective and ultimately led to his commitment Sunday.

“I had the opportunity to visit and I was absolutely blown away by everything I saw,” said Yousefzadeh, who is entering his fourth year as a starter at Creekside. “It was nothing I expected. The brotherhood is real there. The facilities are top notch. It is easy to see that Army is the real deal.”

“I am a great pass rusher and have good length,” Yousefzadeh said. “I am fast for my size and position and I can also drop into coverage and keep up with running backs and slot receivers.”

Yousefzadeh said he knew, “absolutely nothing” about Army before the recruiting process. He also visited Kennesaw State, Furman and Wofford along with Georgia Tech.

“I am very glad that changed and I am in the position that I am now,” Yousefzadeh said. “I felt great about it (his commitment). It’s definitely a decision that I was strong about making.”