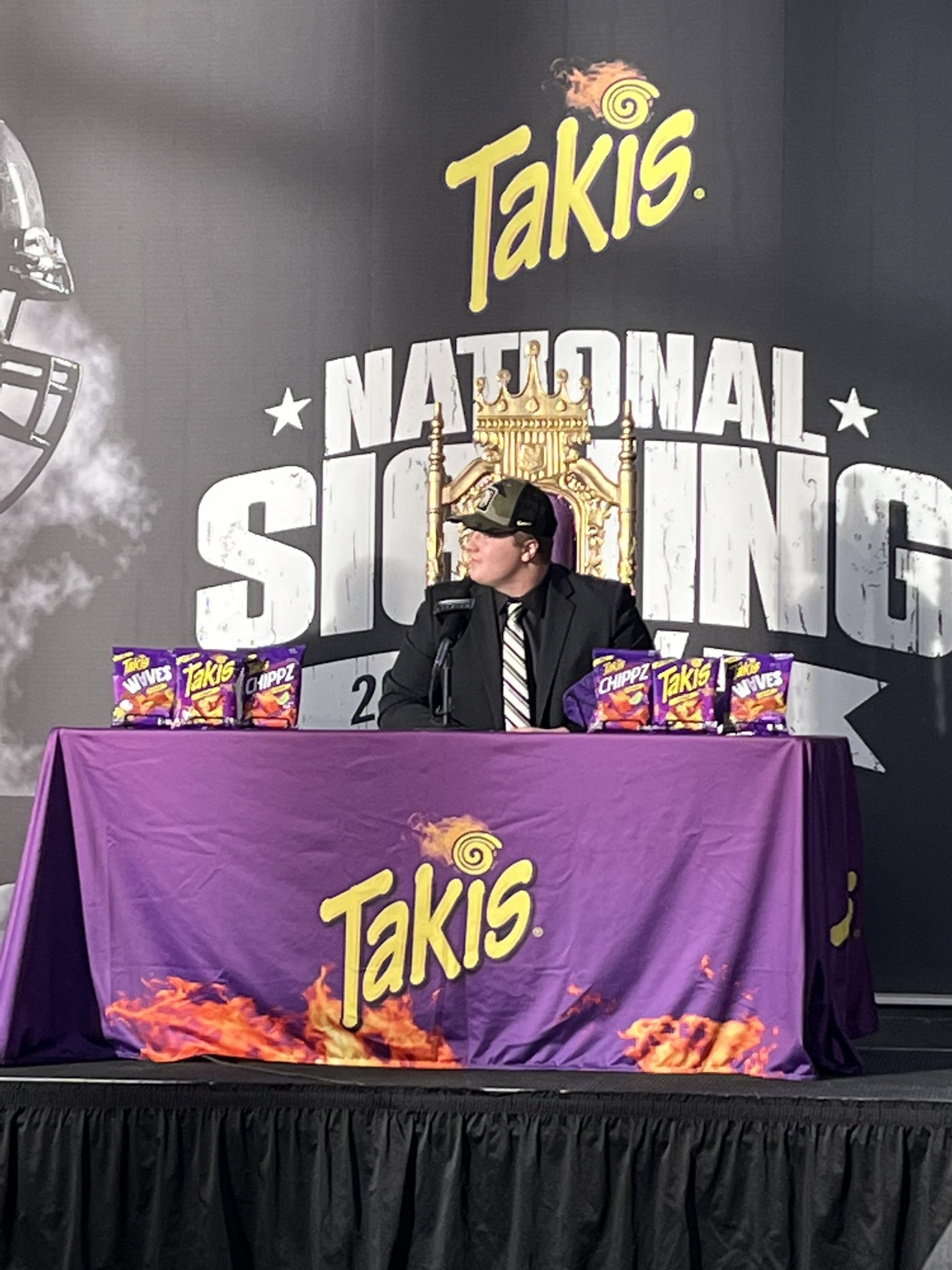 Matt Gemma was Army football’s first 2023 commit way back in February this year.

Ever since, the Delbarton (N.J.) defensive end has been loyal, taking the lead promoting the program and helping building Army’s class.

Gemma continued that Wednesday morning as he signed his certificate of commitment at Takis National Signing Day in Texas The signing day, which was part of the U.S. Army all-American Bowl week, was broadcasted on Bally Sports Network and streamed live on Stadium.

“It’s been awesome being the first offer and first commit of my class,” Gemma said. “It’s (the signing) has been a lo3ng time coming. I’m really excited for our class to arrive at the Point. We have some players who will make an immediate impact on the field.”

Gemma showed out in all-American bowl last Saturday with a sack and six tackles. He flew back to New Jersey Sunday and then back Texas Tuesday night for the signing.

During his interview at the signing, Gemma was asked how many times he’s been to the Army-Navy game. His answer was twice. Gemma attended the 2021 game as a Navy recruit. He watched Army defeated Navy 20-17 in double overtime as an Army commit.