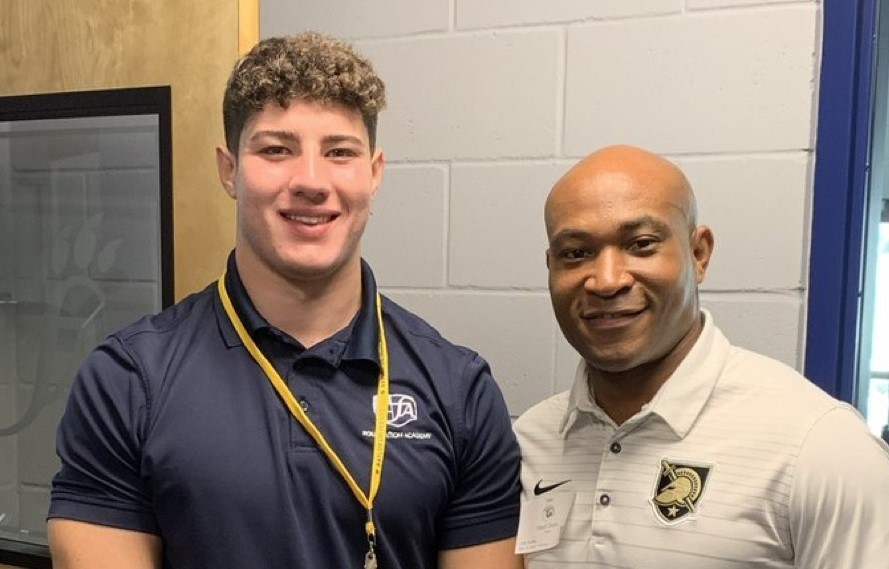 With his school Foundation Academy on break, the Florida inside linebacker is inviting family, friends, coaches and trainers over for dinner and his official signing.

Zagame will be one of many Army 2023 commits signing their certificates of commitment Wednesday. The certificates are non-binding.

“When it came down to the decision, Army was in a league of its own since it offers both high-level football and education,” said Zagame, who 107 tackles, 27 tackles for loss, a Pick Six and two recoveries in nine games this season.

Zagame committed to Army on Dec. 5, three days after cornerbacks coach Daryl Dixon offered him. Zagame’s Army recruiting started close to a year ago. He waited patiently for his opportunity.

“At first, I wasn’t very educated about West Point,” Zagame said. “However, through research and conversations with coaches, former player and students, I learned what West Point could provide for me and how it can set me up for life after service.”