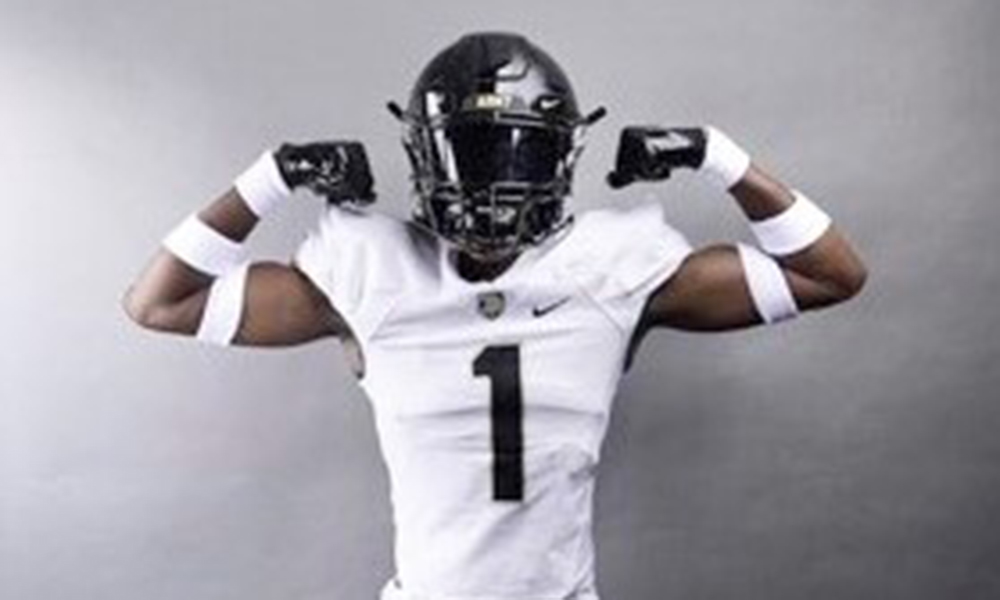 DJ Hill-Smith was open to the possibilities when he started his official visit to Army over the weekend.

Hill-Smith left West Point with his verbal commitment and what he sees as a second family.

The Little Rock (Ark.) Central cornerback said he committed “on the spot” after the Black Knights’ 52-21 win over UConn.

“What really sealed my decision was the atmosphere, the many benefits that come with being in the military and also the family or the brotherhood, I should say all the players have,” said Hill-Smith, who is 6-foot-2 and 177 pounds. “The players were very transparent on the pros and cons but they said it’s all worth for the end goal that you’re trying to reach.”

Hill-Smith was among a group of players who announced their commitment to Black Knights over the weekend. He described the Michie Stadium atmosphere as “amazing” while watching his first game at West Point.

“That was only the game against UConn,” Hill-Smith said. “I can only imagine a game against Wake Forest and especially Navy how rowdy the crowd will get.”

Army started recruiting Hill-Smith heavier after a camp at Vanderbilt in June. Hill-Smith had received an offer from Army in May. He was considering Army and Tennessee State. Arkansas State also offered Hill-Smith.

“I plan on bringing energy, physicality, and swagger to Army’s defense,” Hill-Smith said. “I’m not cocky or nothing, I just kind of talk that talk, walk the walk, Jalen Ramsey is my favorite player so that’s where I get that from.”