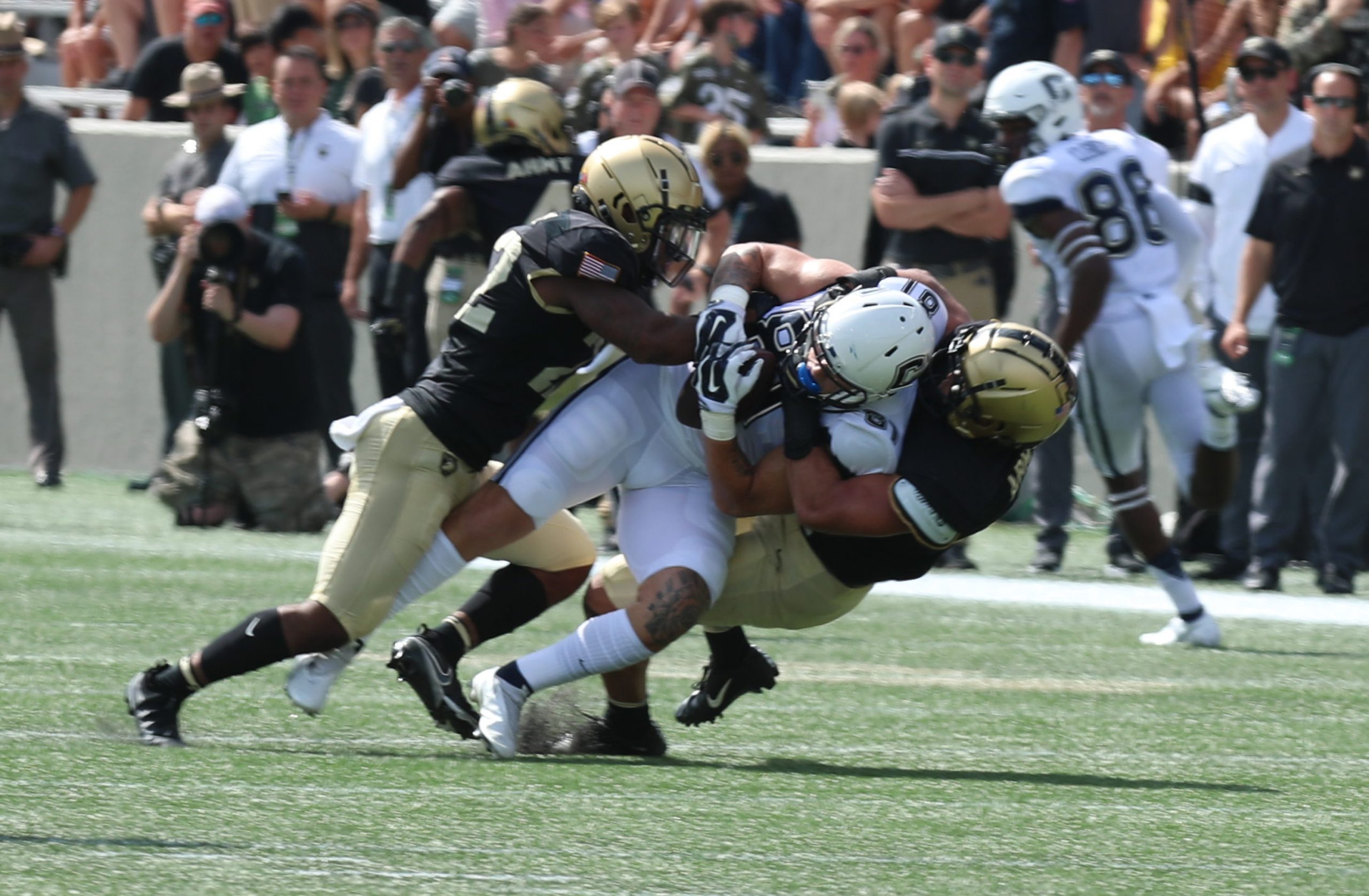 Army’s offense, defense and special teams took care of business in the first 30 minutes against UConn.

The first-team units earned the second half off as the lopsided game served as time for younger and less experienced players to gain valuable live snaps.

Eighty players, according to participation in the official stats, saw action in the 52-21 win.

Defensive end Andre Miller, safety Max DiDomenico and cornerback Damon Washington were among the freshmen that made their college debut. Washington nearly had an interception in the end zone.

Christian Anderson continues to play at a high level. Anderson is the first Army quarterback to throw a touchdown pass in three straight games since Kelvin Hopkins in 2018. The senior has completed 8-of-10 passes for three touchdowns of 39 yards or more. Believe Anderson’s two incompletions were drops. Anderson now has 10 career rushing touchdowns after his two scores against UConn.

“He continues to improve,” Army coach Jeff Monken said during his Monday press conference. “I think he’s playing the best football that he’s played since he’s been here. I hope that will last. He’s leading our team and making good throws when he has the opportunity. He’s running the ball hard. I’m just really, really happy for Christian Anderson and the job he’s doing. He’s a great kid.”

Army’s defense has not allowed a point in the first quarter through three games. In fact, the Black Knights have not given up a first-quarter touchdown in their last six games. West Virginia’s field goal in the Liberty Bowl are the only points scored in the first quarter over the six-game stretch.

UConn’s Brian Brewton returned a kickoff 96 yards for a touchdown against Army’s second-string coverage in the third quarter and had a second 96-yard house call on the next Black Knights’ kickoff brought back due to holding penalty. It was the first time that Army allowed a kick return touchdown since the end of the first half of the 2017 Armed Forces Bowl and San Diego State’s Juwan Washington.