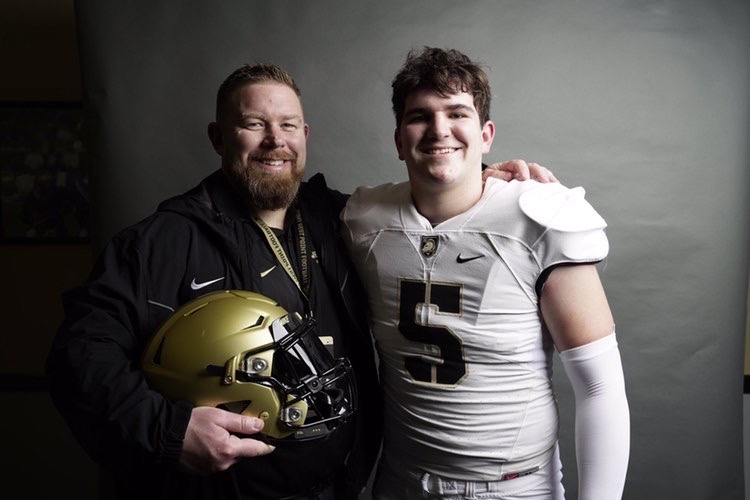 Aiden Jones’ first impressions of Army football coach Jeff Monken could be summed up with one word — passion.

Jones met individually with his parents and Monken in the coach’s office during a visit in late March. The meeting left a lasting impression with Jones and was among a number of recruiting factors that started to line up.

The Covington Catholic (Ky.) defensive end finished the first summer practice of his upcoming senior season Monday, chatting with his head coach Eddie Eviston. It was the right time for Jones to make a decision on his future.

Jones reached out to recruiting coach Blake Powers with his commitment to the Black Knights. He is the second Kentucky commit of Army’s 2023 class.

“We (he and Eviston) both thought it would be a good idea to finally commit and focus on my senior season and winning a state championship,” said the 6-foot-3, 225-pound Jones.

“My family has a history of military service. That along with the opportunity of leadership, training and brotherhood made a perfect fit for West Point.”

Jones’ grandfather is a retired Army Ranger. His great uncle was a Navy Seal.

“I’ve been taught my whole life military service is important to our country.”

Army started recruiting Jones in February with initial contact from Powers. A week later, Monken called Jones with an offer. Jones visited West Point the next month and said, “the facilities and the coaching were amazing and much better than anything I have seen so far.”

“He told me all about how great it was,” Jones said.

“I love how they play with high energy and rally to the ball,” Jones said. “Their philosophy is very similar to that of my high school team and I think I should fit in well.”

Watching the Army-Navy football game has become an annual tradition in Jones’ family. He’s watched the service-academy rivalry game since he was about eight years old. Now, Jones gets an opportunity to play in the storied series.