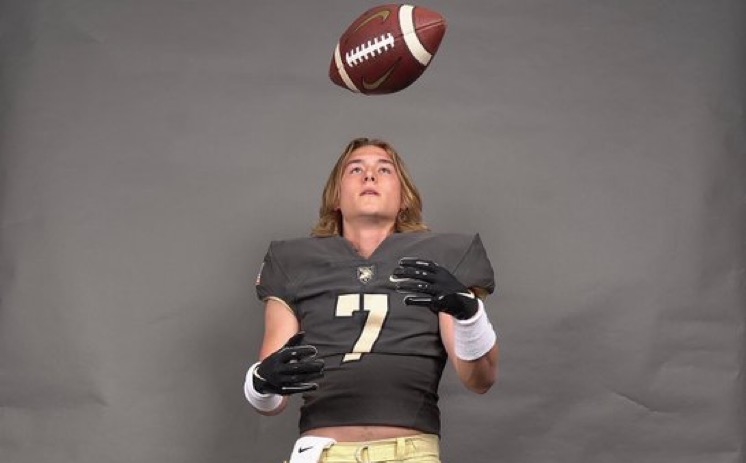 Lindsey received his initial offer from the Black Knights and that left a big impression on the Camden County (Ga.) safety.

Air Force and Navy would follow with offers to Lindsey. He visited Army on April 2 and he didn’t need to take a look at the other academies.

Lindsey informed Army safeties coach Scot Sloan that he was committed to the Black Knights Thursday.

“Right off the bat, it (Army) was already ahead of the others that would come just for that,” said Lindsey about his first offer. “As it progressed, I developed a good relationship with the staff and went up in the spring on a visit for a few days which blew me away. It was really an amazing experience that almost solidified it. I thought and talked and prayed about it with family and decided to pull the trigger.”

Lindsey added, “The other academies and the coaches recruiting me were awesome but I just had a better relationship with the (Army) staff. Also, the West Point tradition is just unmatched with football and the school.”

The history of West Point was also an attraction for Lindsey. The April visit wasn’t his first to West Point. Lindsey was on post when he was eight or nine years old with his older sister when she was considering West Point.

“I had already known about West Point a good bit as I’m a HUGE history guy. But, I’ve learned a lot about the academy and school side and military side of it. I’m still learning and figuring out what I need to do and what my future (in the Army) will be.”

Lindsey made 82 tackles (three for a loss) and had two interceptions in 11 games as a junior. He also added 222 rushing yards and three touchdowns. Army is recruiting Lindsey to play safety but he could also get a look at the hybrid apache position (linebacker/defensive back).

“I think I fit in great at the safety spot they want me to play,” Lindsey said. “I’m an in-the-box safety, who loves to come downhill and make plays.”