Inside The Numbers: Army 2023 recruiting 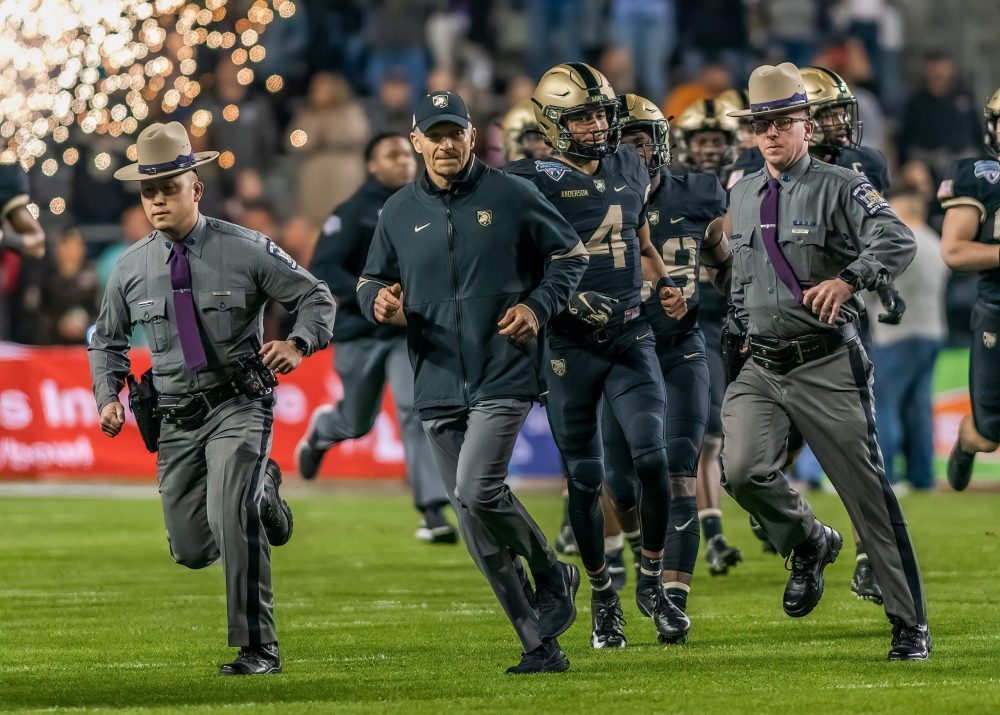 Jeff Monken and Army’s coaching staff have offered more than 600 high school football players from the 2023 to this date.

Black Knight Nation’s data collection and research has turned up some interesting facts on recruiting battles with Navy and Air Force, what states Army is recruiting the most and what other Division I-A schools are offering the recruits.

Here’s some of the numbers that we have discovered through social media posts:

The Black Knights have offered players in 39 of the 50 states. Here are the top five states:

What non-service academy schools are Army recruits receiving offers from the most? The answer may be surprising. Kent State has offered 65 of the 2023 recruits that Army has followed by Akron (55), Central Michigan (51), Bowling Green (50) and Miami, Ohio (50). All Mid-American schools.

We’ll continue to update the numbers as recruiting continues.