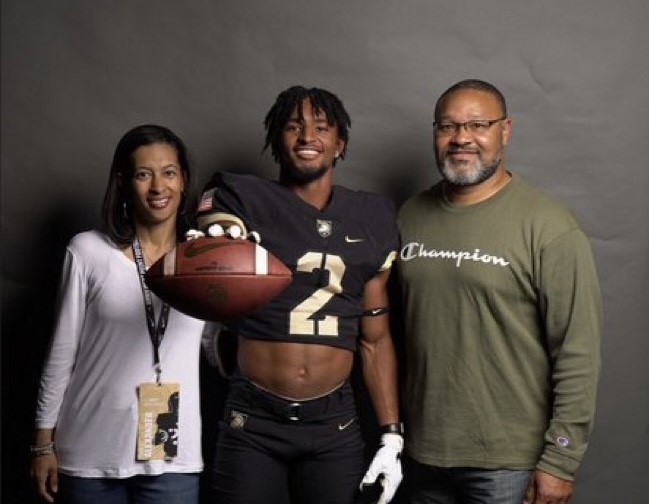 Chad Alexander learned to love the recruiting process as many college programs converted his skills and academics.

Army, Navy, Air Force, Rice, Harvard and other Ivy League schools were among the schools to give the Archer (Ga.) speedy running back a next-level opportunity.

One visit guided Alexander in right direction. Alexander said his trip to West Point in late June was “everything I could’ve imagined and more. The entire community made me feel at home.”

That comfort level led Alexander to his decision to join Army’s 2023 class. Alexander committed to Army safeties coach Scot Sloan on Wednesday, two days before the first game of his senior year.

“Army is the right choice for me because of the home feel, big-time football and the opportunities after school and football,” said Alexander, who runs the 100 dash in 10.8 seconds. “Army really set themselves apart from all of the other academies in my opinion. My decision came down to Army, Harvard and other Ivys.”

Alexander is the second player from Archer’s backfield to commit to Army in a five-day span. Quarterback Justin Johnson, who transferred to Archer this season, gave the Black Knights his verbal on August 13.

“Justo has become like my brother in the relatively short time I’ve know him (one year),” Alexander said. “That definitely played a role in my decision but it wasn’t the deciding factor.”

Army is recruiting Alexander to play slotback. Alexander said he “brings acceleration, top-end speed, toughness, the ability to make defenders miss and the determination to the position.” He rushed for nine touchdowns as a junior.

Alexander’s energy and attitude should fit right in with Army.

“I’m just a guy that comes in every day and sets the bar, never takes short cuts and is ready to work,” Alexander said.