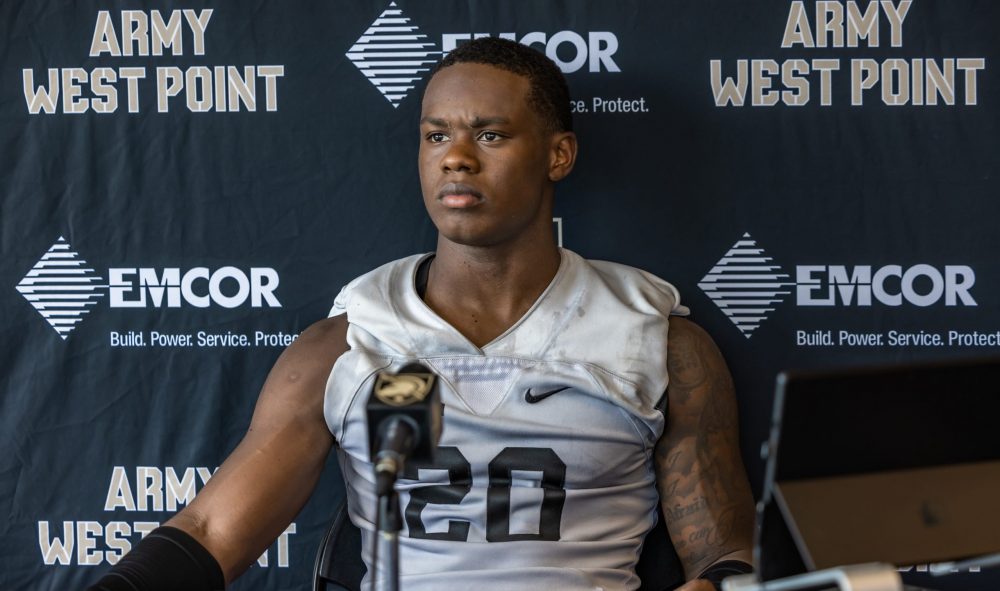 Marquel Broughton’s leadership on the field is undenied.

The senior safety also makes an impact within the West Point’s Corps of Cadets.

Broughton credited Col. Todd Woodruff, Col. Archie Bates and Cpt. Shawn Robertson for pushing him “to strive for excellence in all pillars at the academy” in a West Point Facebook post. He also said his mother, Frederica Daniels, and family are his inspirations.

“I was so inspired about how becoming a part of The Long Gray Line would help change the trajectory of my life and family’s life which compelled me to serve my country and my family,” Broughton said in the Facebook post.

Broughton was busy this summer, serving as the garrison regimental commander for Cadet Summer Training.

“I was put in charge of everything that was going on at West Point, coordinating with CBT (Cadet Basic Training) and CFT (Cadet Field Training),” Broughton said earlier this month.

Broughton has started 25 straight games for the Black Knights. He’s recorded 156 tackles and four interceptions in his career. Broughton was second on the team with 80 tackles as a junior.