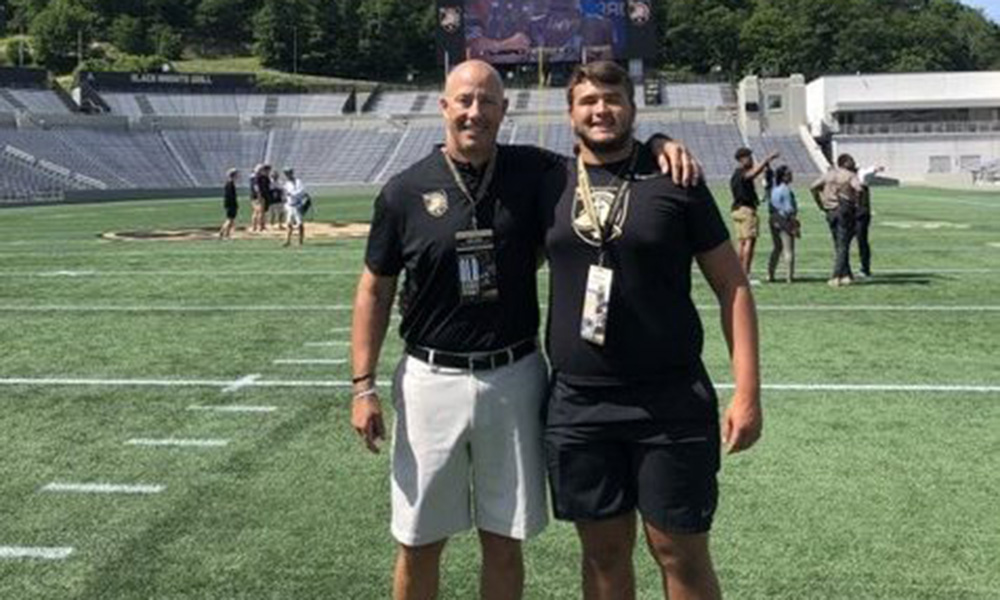 Kendrick Kirby started watching more clips of Army football as recruiting picked up between the Calhoun (Ga.) offensive lineman and the Black Knights earlier this year.

Kirby committed to Army over Memphis and Arkansas State. The 6-foot-3, 270-pound all-state lineman also was offered by Air Force and Marshall.

“(Army was) the first school to offer me in early February and the relationship I have built with their coaching staff has been incredible,” Kirby said. “Coach (Brent) Davis is my recruiting coach and he has done a great job recruiting me. I committed because Army gives me an opportunity like no other school can and I feel like I fit well there. I love the atmosphere and the brotherhood.”

Kirby’s announcement had a special meaning. It came on the birthday of his father, Charles.

“He’s always pushed me and supported me to be the best version of me I could possibly be,” Kirby said of his father. “He drove me to every practice and every game and contributed tons of time and money to me and my dream to play football.”

Kirby is the fifth Georgia commit of Army’s 2022 class. He played against Blessed Trinty offensive lineman Ryan Scott in the past and the two will meet again Oct. 8. Kirby didn’t know any current Army football players prior to his visit but said he bonded with fellow offensive lineman Connor Bishop and Sam Barczak.

“I got to hang out and cut it up with some players and that was probably my favorite part (of the visit),” Kirby said. “Being able to bond with the players definitely played a factor in my decision.”