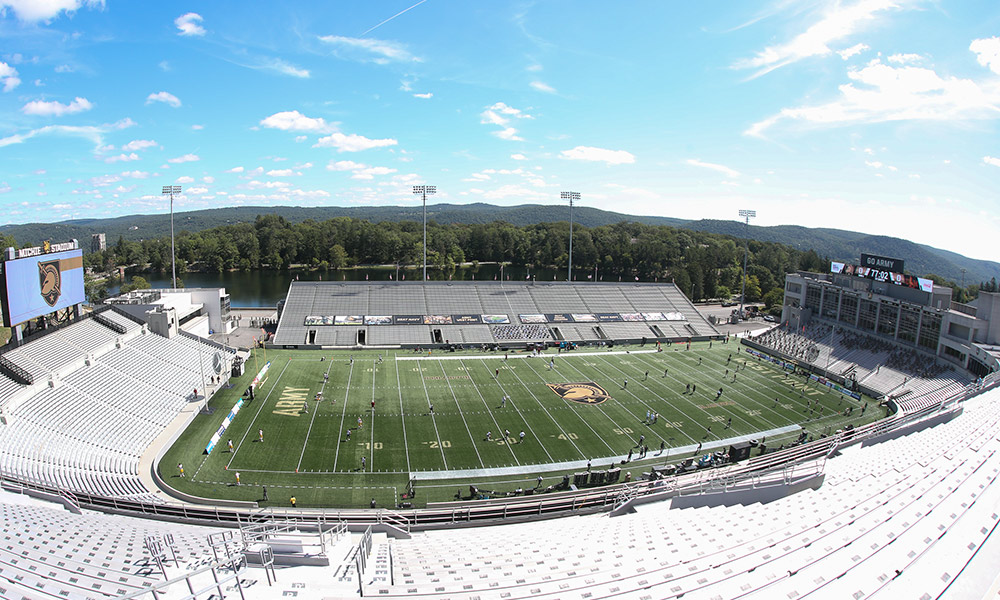 The Michie Stadium Preservation Project, which includes a complete modification of the East Stands, is anticipated to be open before the start of the 2025 football season, per an update by athletic director Mike Buddie to Army fans Thursday.

The project would remove the East stands, where approximately 8,000 fans including the entire Corps of Cadets have been seated in recent years along Lusk Reservoir, and a 160,000 square-foot structure will be constructed with premium seating (suites and boxes). The Corps will be seated from end zone to end zone under the new configuration.

The cost of the project is $95 million, Buddie stated in the email. Army Athletics will be partnering with architecture firm EwingCole. Army’s athletic Hall of Fame will be relocated to the first level of the East stands. Donation and funding for the project are still being accepted.

“The project will reinforce West Point’s institutional values of sacrifice and service to country while at the same time deploying contemporary design strategies with respect to collegiate athletics spaces, technology integration, fan experience and sustainability,” Buddie said in update. “We continue to progress toward a final Michie Stadium Preservation Project design and will begin releasing more information in the coming months.

Original plans for the project, which was about $30 million more than the current cost were released in May 2018. A start time for construction was not given by then-athletic director Boo Corrigan. There was a hope that construction could begin by 2020 but the project was stalled by funding and the pandemic.

Corrigan said in 2018 that the project could take between 18-24 months to complete.