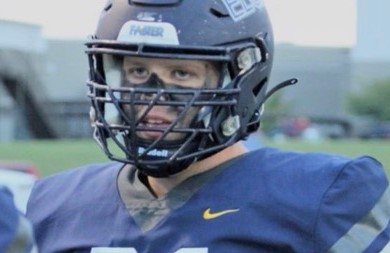 Joe Traylor has felt a calling to attend service academies since he was in middle school.

Traylor’s family has a long line of military service from the Army to the Mariners. The Eagle’s Landing Christian Academy senior lineman also had a desire to play football at the next level.

When Army and offensive coordinator offered Traylor over a week ago, he found the right match for school and athletics. Traylor announced his commitment to the Black Knights Friday.

Traylor was scheduled to take his official this weekend but his flight was cancelled. He plans to visit West Point next weekend.

Army is recruiting Traylor on the interior at center or guard on offense or nose guard on defense. Traylor started every Eagle’s Landing Christian game for the last four years. He comes from the same high school as former Army slotback Joe Walker.

“The energy and the (Army) brotherhood really has me excited to play there,” Traylor said. “I was talking to other schools, but they never really felt right.”