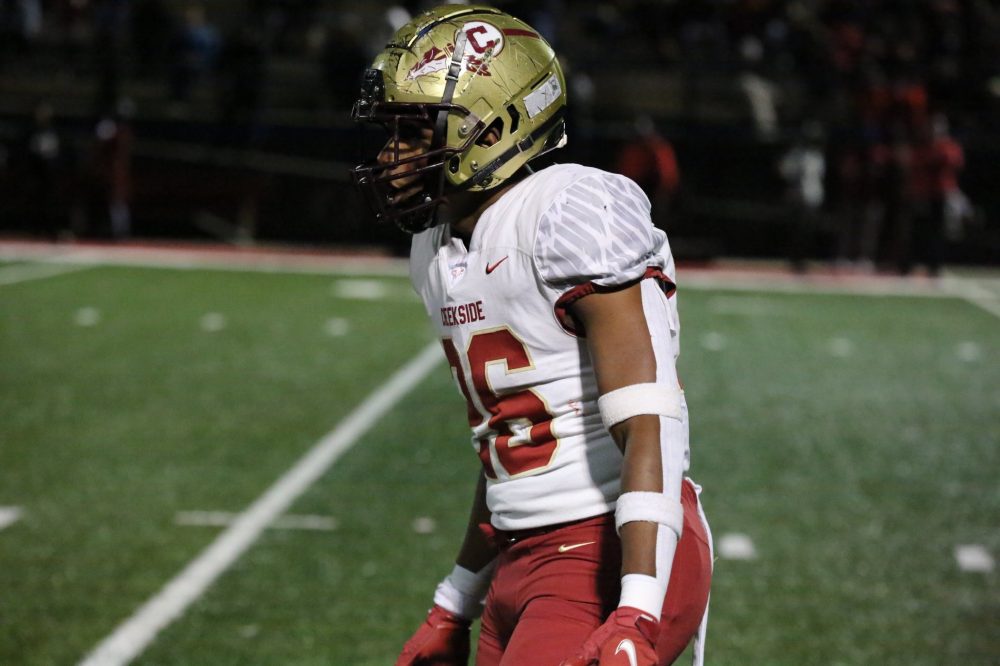 First impressions were important to Javeon Miller during his college football recruiting.

That’s the feeling that Miller got from his initial conversations with Army coach Jeff Monken and linebackers coach Cortney Braswell. Braswell continued to build a connection with Miller on a consistent basis to the point where Miller was ready to make his commitment.

Miller contacted Braswell Sunday and told him he was joining the Black Knights 2023 class.

“I feel Army has all of that (the feeling of being wanted) along with a great education,” Miller said. “As time went on, I just felt like West Point is where I needed to be.”

With his decision in place, Miller can focus on building off a breakout junior season heading into his fourth year as a starter. Miller’s 22 sacks were third in the state in 2021. Miller and his teammate Daiquan White predicted stardom for themselves freshman year, coming up with their own nicknames.

Miller’s nickname of “Boogeyman” has stuck. What makes Miller one of the best at getting to the quarterback in the state of Georgia?

“My quick twitch off the ball,” said Miller, whose favorite NFL players are Chase Young and Von Miller.

When asked what he might bring to Army’s defense in the future, Miller said, “a high, energetic motor that doesn’t stop. I feed off the crowd so it continues to grow.”

Marshall, Toledo, Arkansas State, Charlotte and Middle Tennessee State offered Miller, who also wrestles and plays tennis. What does Miller like to do when he’s not sacking quarterbacks?

“I’m a good cook,” Miller said. “I hope to open my own restaurant.”

Miller can’t wait to bring the heat for the Black Knights.

“It was a wonderful feeling (when he committed to Army),” Miller said. “I’ve been dreaming of this since Pee Wee football.”