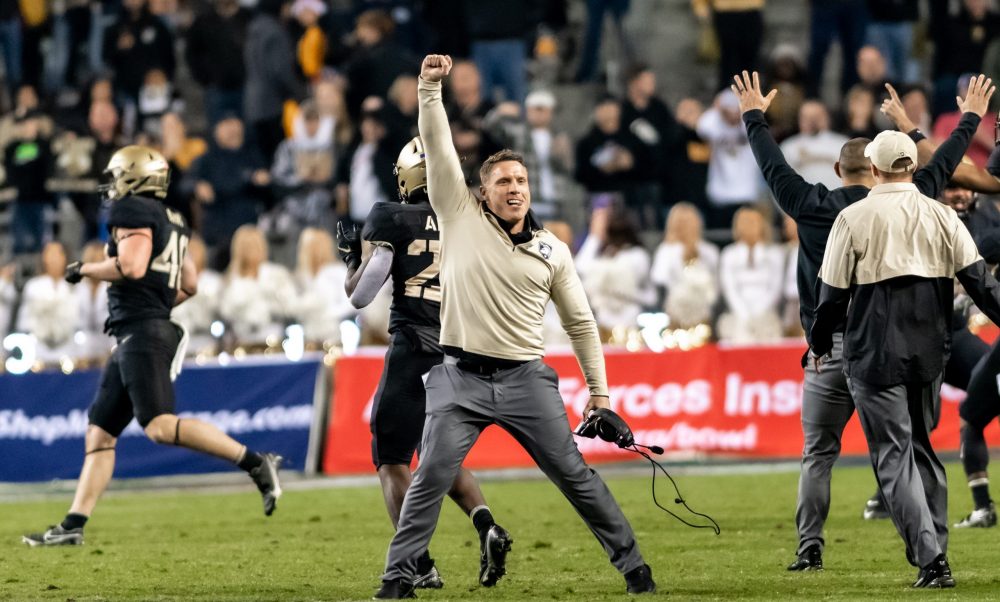 There’s a joke making its rounds in the Army football office.

Army offensive coordinator Brent Davis kids assistant coach Mike Viti that he should have hung out more with offensive lineman during his playing days as a Black Knight.

Davis teases Viti, who played fullback in a pro-style offense under former NFL coach Bobby Ross, was essentially a guard. Viti was used as a lead blocker more than today’s ball-carrying fullbacks in the Black Knights’ option attack.

The 2007 captain was known for his passionate play. Not much has changed with Viti as a college football coach. Army fullbacks were at the core of leading the Black Knights as one of the nation’s top rushing teams under Viti’s direction the last six seasons.

Viti switched to coaching the Black Knights’ offensive line this spring. Watch Viti run a practice period of drills and one gets the feeling that Army’s M.O.B. (Malicious Offensive Line Brotherhood) isn’t going to miss a beat in the 2022 season.

There’s an edge that is needed to play offensive line at a high college level. And, Viti brings that edge to practice and the meeting rooms, Davis said.

“The mentality he brings, he’s really an incredible teacher and such a professional,” Davis said. (He has the) mindset No. 1 and No. 2, he’s an incredible organizer and he’s a sponge when it comes to maybe the things that he lacked experience in as far as technique or verbiage. He picks things up so quickly. He’s been doing an outstanding job. Just the attitude he brings to that group every day is phenomenal.”

VIDEO: Listen to Viti coach up Army’s freshman offensive linemen during their second day of practice.