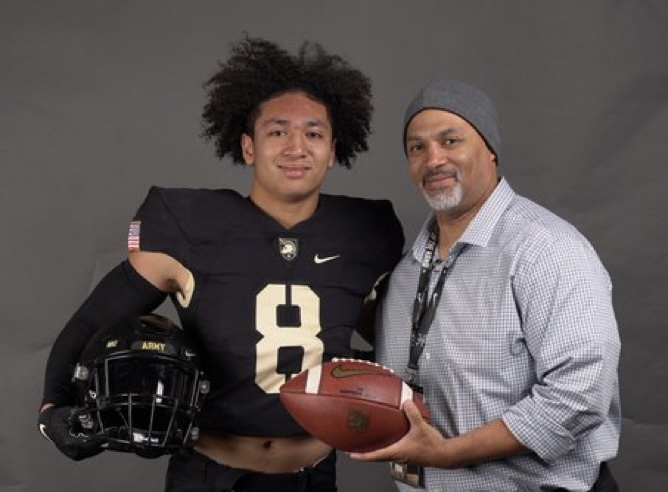 Jackson Burnett describes the feeling of committing to Army football as “a rush of relief.”

Burnett completed a more than eight-month process from his first offer. Army was Burnett’s second offer after Navy.

The Bishop Kenny (Fla.) senior knew Army was the right school after a West Point summer visit, a gameday experience last month and a couple of phone calls with a friend.

“It felt good to know that this process was over and that I’m going to a college where I have set myself up for a good future,” said Burnett, who committed to the Black Knights last week. “I fell in love with the facilities and I was able to learn more about the military life and all of the benefits that come with it.”

Burnett plans on reuniting with high school teammate Baylor Newsom, who is currently at Army Prep. Talks with Newsom gave Burnett a clearer picture of his future.

“Having a friend already there to tell me his experiences and someone who I can trust to tell me how it really is, that was the biggest thing that won me over,” Burnett said.

Army is recruiting Burnett, who plays wide receiver and safety, as a slotback. Burnett scored nine touchdowns and had a 97-yard pick six his senior year.

“I believe I will succeed playing that position because I’m dangerous when I get the ball in space and this position gets to the edge a lot,” Burnett said.