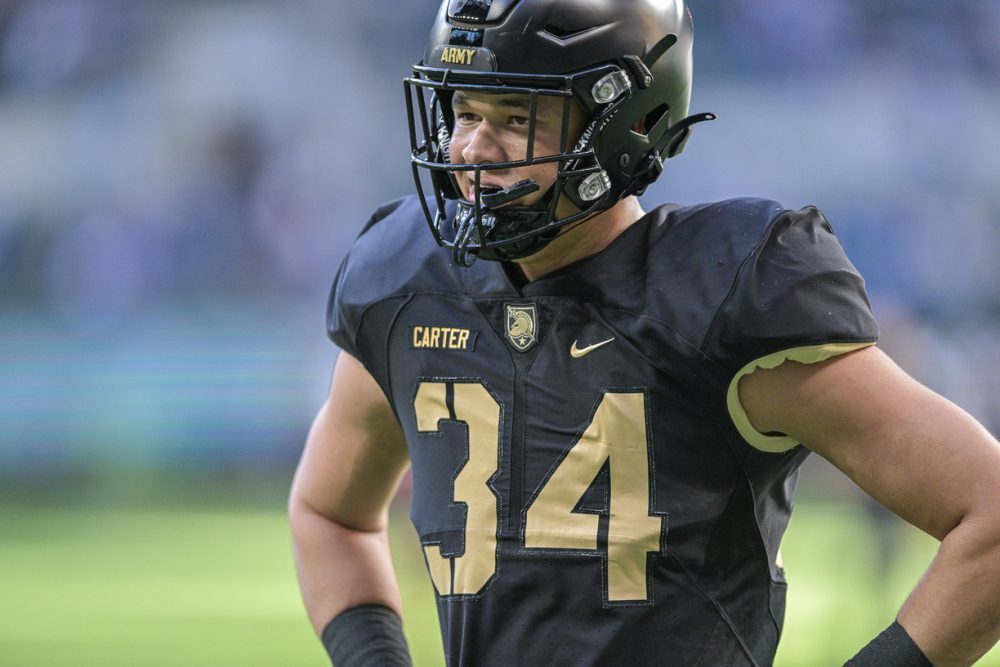 Andre Carter’s teammates clapped as the all-American linebacker was called up to receive a prestigious honor by coach Jeff Monken during a meeting earlier this week.

Carter, the academy’s single-season sack record holder, has been officially invited to play in the Reese’s Senior Bowl on Feb. 4, 2023 in Mobile, Ala.

ESPN’s Mel Kiper Jr. listed Carter as No. 18 on his NFL 2023 draft Big Board earlier this month. Carter has ranked as high as 11th on Kiper’s board. Army hasn’t had a player taken in the NFL draft since 2008.

All 32 NFL have visited Army practice this fall to check out Carter. He would be the second Army player in the last five years to participate in the Senior Bowl. Tackle Brett Toth, now with the Eagles, played in the 2018 game. A

The 6-foot-7, 260-pound senior has fought through injury this season. Carter leads the Black Knights with 5.5 tackles for loss and 3.5 sacks this season. He set Army’s record with 15.5 sacks last season.

“He never lets his success go to his head,” Army defensive coordinator Nate Woody said. “He’s a hard worker. He cares about his teammates and his teammates care about him. All of the coaches and the players are all as happy as Andre is that he gets go to that all-star game. It’s going to be a great experience for him. I think he’s a heck of a football player and I still think his best football is ahead of him.”