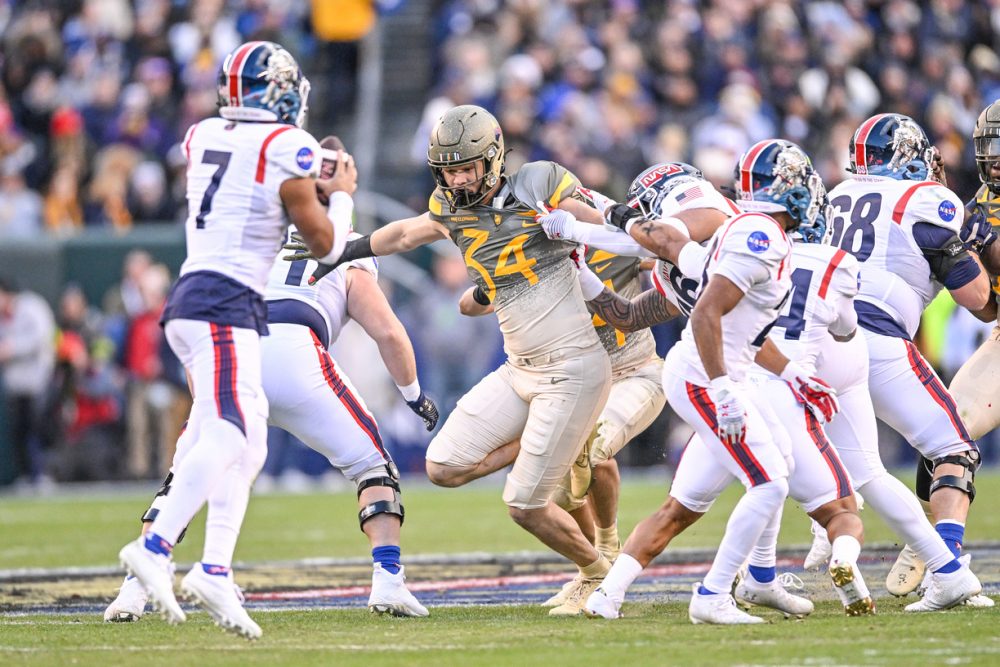 ESPN’s Pete Thamel reported earlier this morning that language in a bill that passed through the Senate last week has been revised to allow service-academy upperclassmen like Andre Carter to defer his service time and go directly to the professional sports.

The bill, introduced by Wisconsin congressman and former Marine Mike Gallagher, overturned a 2019 policy that allowed service-academy athletes to pursue the professional ranks immediately after graduation and now requires academy graduates to fulfill at least two years of the required five years of military service before seeking a waiver to play professionally.

Gallagher backtracked on the bill as buzz picked up supporting Carter, a potential first-round draft pick and the academy’s single-season sack leader, over the weekend.

Essentially, the revised bill will grandfather academy upperclassmen into the 2019 policy.

“When Andre Carter committed to West Point, the rules were clear: if you earn a spot in the NFL, you can delay your service and take it,” Rep. Pat Ryan (D-NY-19), a West Point graduate said, to Black Knight Nation. “We must honor this commitment. That’s why I immediately called this amendment out as wrong and got to work with colleagues on both sides of the aisle to fix it by adding new language to Congress’s final spending bill. Allowing Andre to play not only does right by him, it’s a win for West Point, the Army, and our country.”

Carter is projected to be Army’s first draft pick since Caleb Campbell (seventh round) in 2008. News of Carter potential draft ineligibility dropped the 2021 all-American out of the first round of most mock drafts.

ESPN’s Mel Kiper Jr. had Carter as No. 2 edge rusher in the draft behind Alabama’s Will Anderson.

Carter will have a chance to improve his draft stock at the Reese’s Senior Bowl on Feb. 4 in Mobile, Ala.